The online edition of DC FanDome did not disappoint the fans of the universe. First of all, after years of speculations, Gotham Knights, a new game from Warner Bros. Games Montreal, known for Batman: Arkham Origins was announced.

The game is coming to Xbox Series X, PlayStation 5, Xbox One, and PlayStation 4 and will be released next year. The DC FanDome featured the first story trailer and seven-minute gameplay from the pre-alpha version of the game. The latter is particularly welcome, as many recent announcements of new titles were not accompanied by any gameplay.

Gotham Knights will start with a bang. Batman's friends will receive a message from him, prepared in case of his death. Without the Dark Knight, the city will quickly plunges into chaos, so the task of guarding its streets falls on Batman's four pupils.

What's interesting, the game's story layer will not be connected with the Arkham series. Gotham Knight is supposed to draw in spades from the solutions of the series, but it will present a different version of the city and its inhabitants. During the game we will face classic villains like Penguin, Two Face or Mr. Freeze. A key role will also be played by an organization known as Court of Owls. 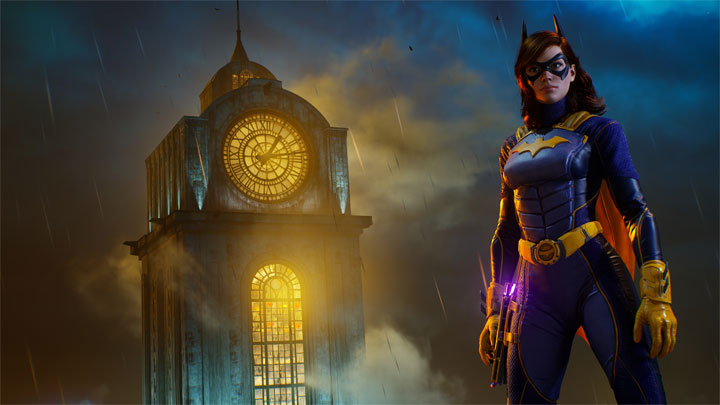 Batgirl will appear among playable characters.

In Gotham Knights there will be four characters to choose from - Nightwing, Robin, Batgirl and Red Hood. Each of them has unique equipment and fighting style, as well as separate skill trees and costume enhancement options. The game is described as an open-world action RPG. We will be able to play solo or in co-op mode for two players.

The city will consist of five districts and we will be able to explore it not only on foot but also using motorcycles. Between the missions we will return to the secret base in the Belfry hidden in the Wayne Tower, which is the highest building in Gotham.