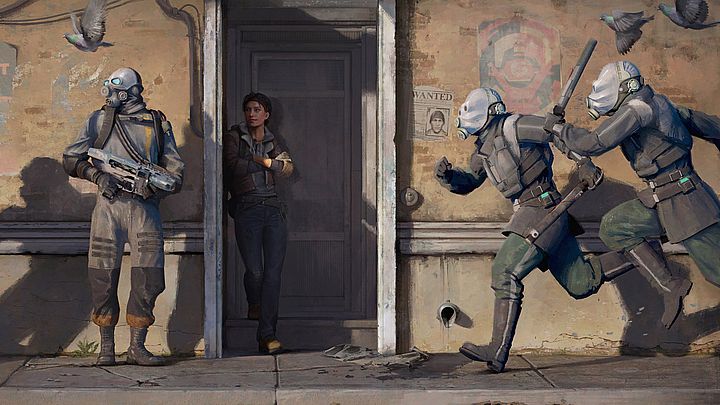 Half-Life: Alyx has a chance to become the first truly mainstream VR title in history.

Although virtual reality appeared in the video game industry a few years ago, it is still difficult to talk about a great success. Several productions have revealed the potential of VR, but for hardcore players it's still just an extra or a curiosity. But there's one title that could change that forever. We're talking about Half-Life: Alyx. Why is that? Well, first trailer of the game was viewed more than 10 million times (the sum of page views from YouTube and Twitter) in just 24 hours. This makes it probably the fastest spreading VR-related material in the world.

For the sake of clarity, we are talking only about videos published directly by the producers/creators of a given product. Materials such as PewDiePie playing a VR title should not be taken into account, because the viewer treats the product as added value to the narrative performed by the main character (which is most often the youtuber). Back to Alyx, however, there were over 60,000 comments under the video on YouTube. Add to that almost 100,000 opinions on Twitter (only under the official announcement on Valve's account) and hundreds of threads on Reddit. Admittedly, these numbers are impressive. And all that thanks to the following video (and, of course, the information accompanying it on the day of the announcement).

Of course, views in the relationship between the creator and the audience are also not everything. Add to that hundreds of articles - both large papers and short news that focused on every single element of the trailer. Denny Unger, founder of Cloudhead Games (a company that closely cooperates with Valve) and one of the most experienced VR developers in the world, was asked for a comment by Road to VR, to which he replied:

Up until now there has been an agenda to summarily ignore VR titles within the mainstream gaming press because it generally didnt drive click-throughs. With Half-Life: Alyx, its impossible to ignore the conversation. And at that point it is simultaneously impossible for flatscreen gamers to ignore VR. They will be forced recognize how the technology has changed, how much better it is than they might otherwise assume, and that VR isnt simply a peripheral, it is its own medium.

Denny Unger even claims that Valve's production will become the starting point for other companies producing high-budget titles:

"Half-Life: Alyx will smash through so many of the false assumptions & arguments that have blockaded mainstream coverage of VR in recent years. And in doing so, it will also force the AAA industry at large to shift focus. Theres no denying that a great VR experience, when coupled with great hardware, validates the entire medium. My personal hope is that with Half-Life: Alyx, the general public and the gaming ecosystem at large will finally accept VR into the fold. Why endlessly spend money on a new monitor or peripheral when you can jump into a completely new medium? VR is ready for prime-time.

Let's face it, most players are still not entirely convinced about virtual reality. Partly because of its satisfactory games, but also because of the imperfection of the devices. It is enough to quote a statement by Shuhei Yoshida, president of SIE, who said that the best way to deal with nausea in virtual reality is to... walk them off. Well, maybe Half-Life: Alyx will achieve what no other VR production has ever done before? Maybe players will get a great story, addictive gameplay and innovative technology that will make the whole industry follow its example? As a hardcore gamer, I'll admit that I'm very... whatever about it. Games are gamepads, mice, keyboards and screens, not some puny goggles. Seriously, though, this could be a real breakthrough.