Despite Stardew Valley launching back in 2016, it enjoys unflagging popularity. This is surprising, since the entire game was created, or rather is created by one man - Eric Barone, known as ConcernedApe. The developer has been working on it regularly, although recently he has slowed down a bit, as he is devoting more time to his new game, which will be Haunted Chocolatier. We first wrote about the game in October 2021, and since then there hasn't been much new information about it. Now Eric Barone has shared a new screenshot that has ignited the interest of players. 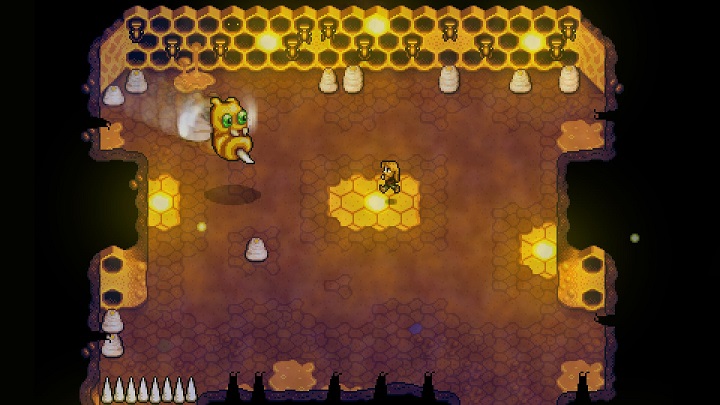 The screenshot published on the creator's Twitter profile, presents a boss fight. It is what it is, and although the screenshot does not present anything groundbreaking, it still sparked great interest among the players. Maybe it's because Stardew Valley has become a hit and fans await every piece of information regarding the next game from Eric Barone, or maybe it's because the creator rarely shares information about the game. The comments under the post make it clear that gamers are looking forward to this title.

"Looks great! I can't wait for it!," declares Woettroe

When it comes to game development, Eric Barone is involved in everything from character models, through gameplay to the audio layer, where he has shown himself to be a capable composer. Along with a screenshot showing the fight with a giant bee, the creator shared the composition that is to accompany this battle. It is possible that this is only a prelude to further, more significant information regarding Haunted Chocolatier. I don't know about you, but I can't wait to drown many hours in this chocolate vat, just as I did building a farm and handing NPCs jam of my own making in Stardew Valley.

Path of Exile (PoE) - Heist unlock order for your team