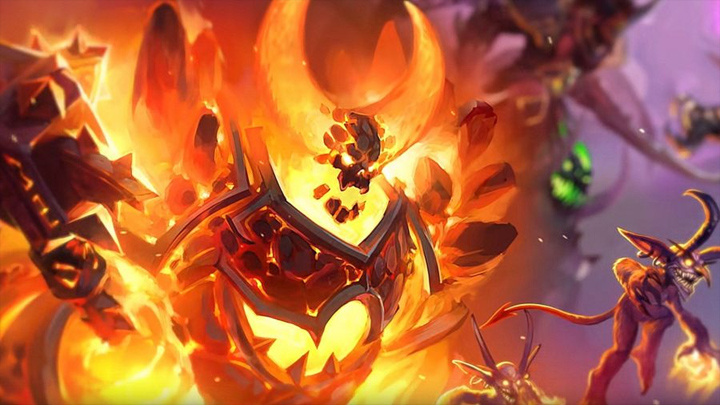 At this year's BlizzCon, it was announced that Hearthstone will be given a new mode called Battlegrounds, which belongs to a category known as auto battlers. Now, this variant of the game has entered the open beta phase, allowing everyone to see how Blizzard's latest invention compares to other productions of this type, such as Dota Auto Chess, Teamfight Tactics and Dota Underlords.

Until now, tests have been available to people with BlizzCon tickets and players who have pre-ordered the Descent of Dragons expension. Now the rest of you can join the fun. Open beta of Battlegrounds is now available in all versions of Hearthstone, both on PCs and mobile devices running iOS and Android. The mode is available for free, but there are also some microtransactions to make it easier to play.

Let us remind that in Battlegrounds, eight players fight a battle, sending their characters, until only one combatant remains. For now, you can choose from dozens of heroes, and battles are played automatically.

The creators also revealed further plans for the development of the mode. The next update will introduce new characters, including several famous faces from the Warcraft universe. In addition, players will receive more extensive match statistics and improvements in the characters trading/selling system.

The open beta of Battlegrounds is not the only attraction that Blizzard has prepared for Hearthstone fans. Patch number 15.6.2 was also released, fixing a large number of technical issues.