At the beginning of March, a message from the Chinese government informed that the authorities decided to remove Plague Inc. from digital distribution in the country. It wasn't exactly stated at the time why it happened. The only explanation was something about "content that is illegal in China as determined by the Cyberspace Administration of China". Now, just over two weeks later, Daniel Ahmad, a well-known industry specialist and senior analyst at Niko Partners, has managed to learn the details. On Twitter, he gave three reasons why Plague Inc. was pulled from sale.

First of all, the game did not have the appropriate license to be distributed in China. Unfortunately, most likely the increase in its popularity associated with the coronavirus epidemic drew the attention of officials who decided to take it down.

Second reason, which is also related to the ongoing pandemic, was that Plague Inc. has been considered an insensitive production these days. All because of its subject matter, that is, infecting people with various diseases and leading to their death.

Thirdly, the Chinese authorities found some inaccuracies in the content of the game itself. Among other things, the problem is the map. It wasn't specifically stated what errors were involved, but it is possible that one of the issues was the absence of the island of Taiwan in Plague Inc. 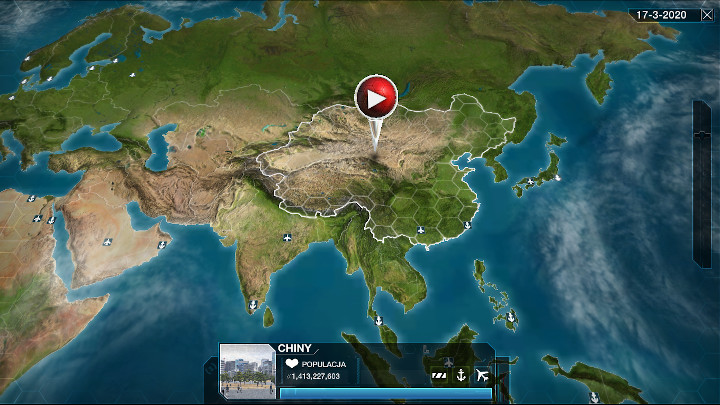 Was the lack of Taiwan on the map of Plague Inc. one of the reasons why the game was banned in China?

Although Plague Inc. and its ban in China is now a very hot topic, it is only the tip of the iceberg. According to Ahmad, the government of this country has recently tracked down a number of games that are not licensed or have inappropriate content. The battle against them will continue. To protect itself against possible problems, Apple issued a special note some time ago to all developers whose games are present in the Chinese App Store, to ask for a special license number by June 30 this year at the latest. A similar solution is already in place in the Google Play store.

Plague Inc. made its initial debut on Android and iOS mobile devices in 2012. A few years later, an expanded port appeared on PC and Xbox One, bearing the subtitle Evolved. According to Steam Charts, an average of 1,749 people have played the game in the last month.