A message published by Ndemic Creations, publisher of Plague Inc., informs that the company intends to expand the game, breaking with the apocalyptic climate and introducing a slightly different perspective - the fight against the virus. 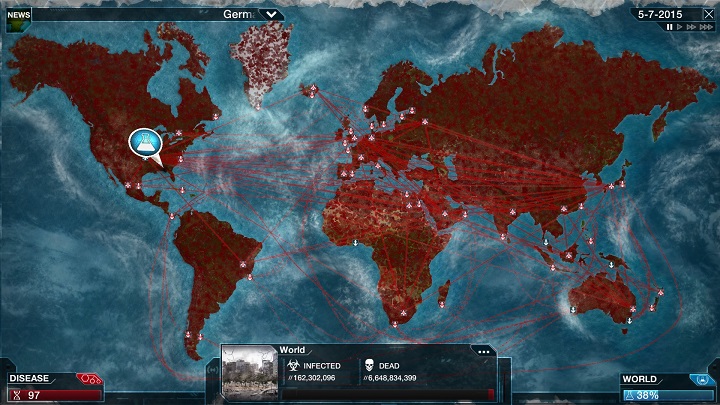 On the occasion of the message that Ndemic Creations donated $250,000 to fight the coronavirus, the publisher also mentioned that their game will include a gameplay option to fight the virus threat. It is developed with the participation of experts from the WHO and GOARN (Global Outbreak Alert and Response Network). For the duration of the pandemic we will be able to play the new mode for free. The aim is to balance prevention measures with the development of health care.

Plague Inc. has been quite famous recently due to its growing popularity and the fact that it has been banned in China overnight (for which there could've been several reasons). Nowadays, a game that encourages the player to bring about the annihilation of mankind with a virus would be considered highly controversial, to say the least. No wonder that the devs of Plague Inc. have decided to take some steps to warm up the image.