The atmospheric trailer on the engine of S.T.A.L.K.E.R. 2 wasn't the only surprise prepared by the devs at GSC Game World. They shared a handful of details about what we will find in the game. According to the revealed information, we will get a kind of Shadow of Chernobyl on steroids".

Let's start with the fact that S.T.A.L.K.E.R. 2 is described as "a unique combination of FPS, immersive sim and horror". The game will give us a vast open world, where we will be able to move around freely (it's worth reminding that previous games consisted of a number of separate maps). The creators convince us that the Zone the prepare will be truly huge (we're talking about one of the biggest open worlds in the history of video games!) and despite its post-apocalyptic surroundings it is supposed to be vibrant with life.

The A-Life 2.0 system (an improved version of A-Life known from the first S.T.A.L.K.E.R.) will be responsible for the realistic behavior of people living in the Chernobyl area and mutants. It will make the Zone constantly change, and at any time "a lot of things will happen in it, even if the player will not witness them with their own eyes". Of course, the Exclusion Zone will not lack anomalies, including at least one completely new type, visible in the video below. 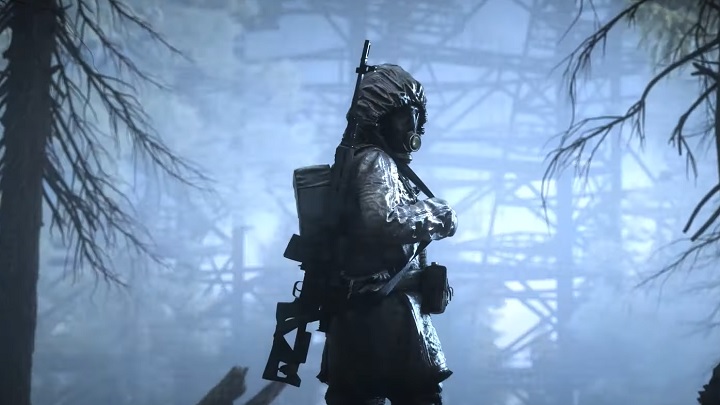 Although barren, the Zone will be vibrant with life.

As for the storyline - although the story told in the game is still shrouded in mystery, the devs argue that it is to be shaped by our decisions; it is worth adding that it will be useless to look for simple, "black and white" dilemmas. Interestingly enough, even though it will not be directly connected with previous games from the S.T.A.L.K.E.R. series, the developers recommend that we get to know them in order to "maximize our immersion."

S.T.A.L.K.E.R.2 will launch on PCs and Xbox Series X at an as yet unspecified date. On Microsoft's next-gen platform, the game will be a temporary exclusive, and every Xbox Game Pass subscriber will have access to it from the day of launch. The game will use the capabilities of both Redmond giant's console and powerful PCs; suffice to say that developers are aiming for the level of graphics presented in the trailer above. Mod creators should also be satisfied, as the position should allow for easy creation of fan modifications "from day one".