Recently, the prices of computer hardware, especially CPUs and GPUs, have maintained high levels, not necessarily adequate to the performance they offer. Therefore, reports on new Intel chipsets do not look as promising as some would like. Some stores have put CPUs from the Rocket Lake family in their offer, the prices of which, after averaging, are higher by about 10 to 20% than the cost of their last-gen counterparts (compared to MSRP on launch). You may have to pay up to $100 more for the top-of-the-line i9-11900K than the i9-10900K. It is worth mentioning at this point that the Belgian store 2Compute enables us to draw a slightly more optimistic scenario, because according to its offer the new processors may be cheaper or comparable in price to the withdrawn Comet Lake. 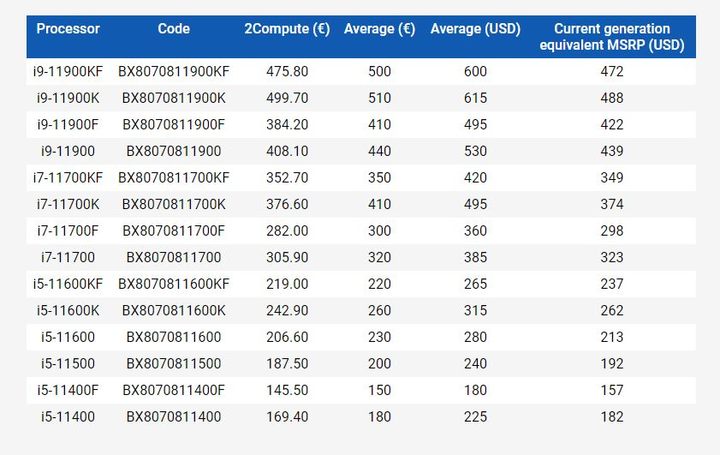 This is how the prices (not including taxes) of Intel's new generation are supposed to look like (source: Techspot)

In addition, leaked results of independent benchmarks of the flagship i9-11900K. During a panel at CES, Intel boasted that the top unit gets an average of 5% higher performance in gaming than Ryzen 5900X. A puzzling result when you consider the aforementioned AMD processor and i9-10900K, which have 4 and 2 more cores respectively than i9-11900K (8 cores/16 threads). According to tests conducted by a Chinese youtuber, Intel's new flagship is slower than its predecessor in some games (Cyberpunk 2077, Shadow of the Tomb Raider) and faster in several others. The gain should therefore be seen mainly in single-threaded performance. 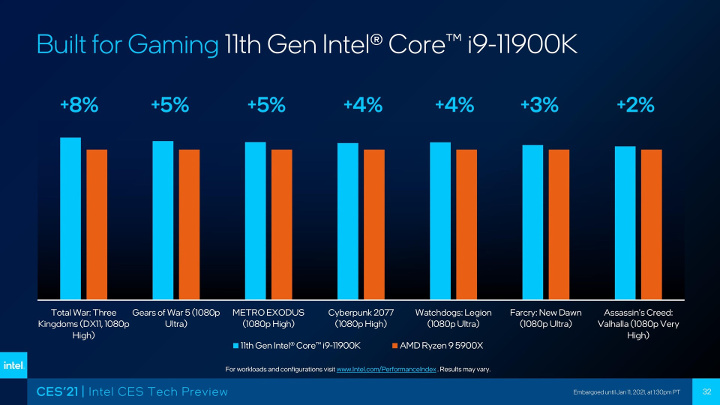 The exact launch date of CPUs from the Rocket Lake family is still unknown. However, it is known that they are expected to be released before the end of March, this year. Intel's new CPUs will support available 400-series motherboards based on LGA 1200 socket. 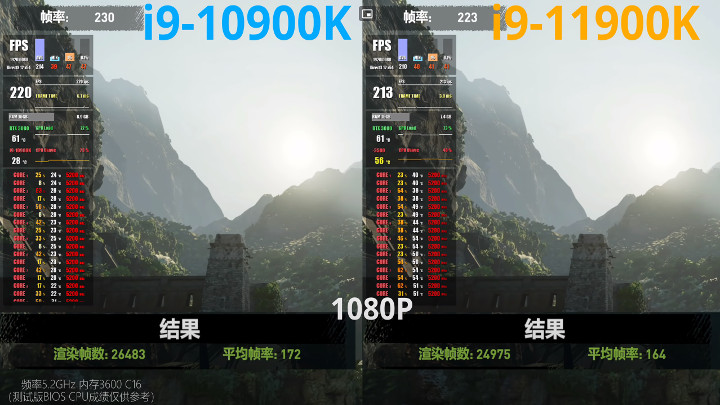 Results from Shadow of the Tomb Raider 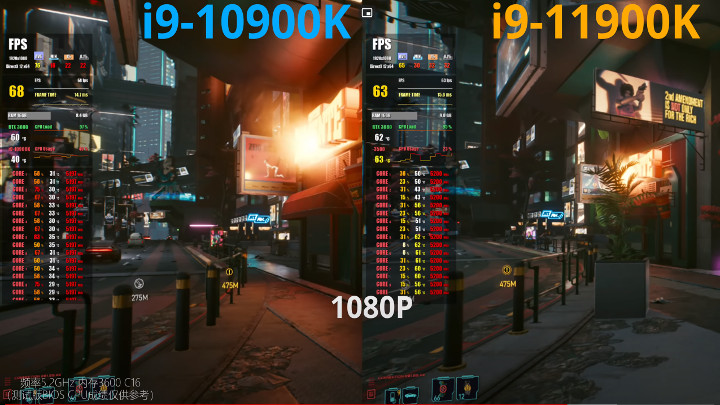 Even here we couldn't miss Cyberpunk 2077 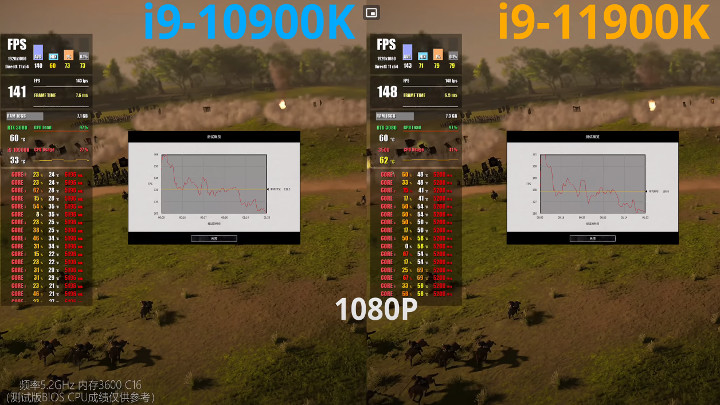