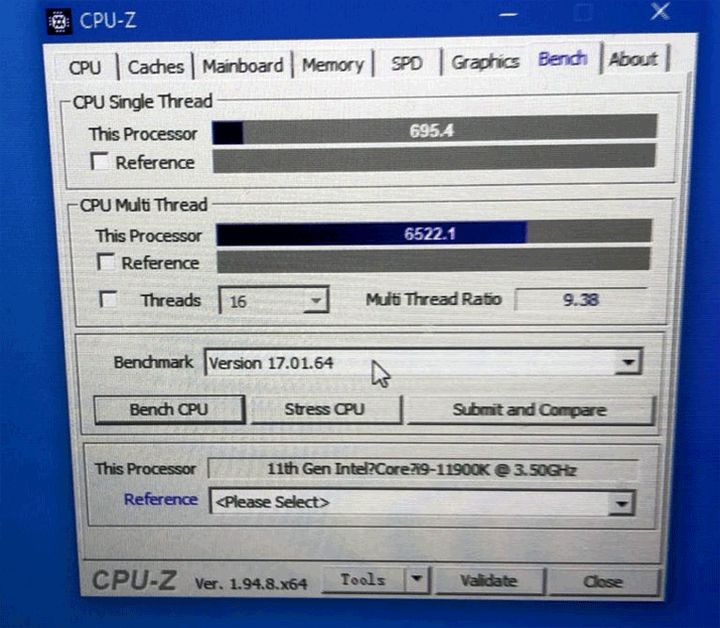 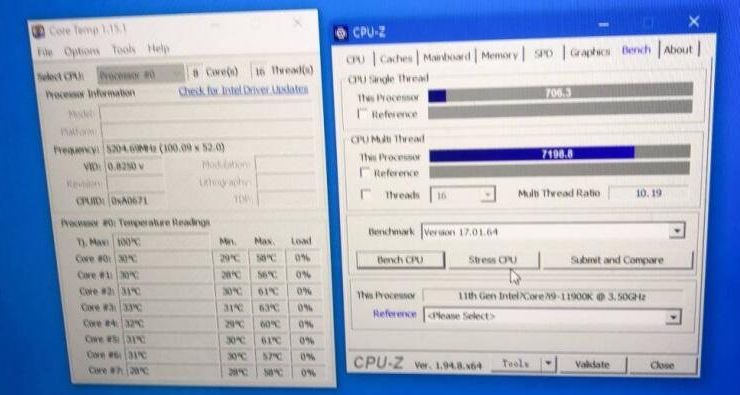 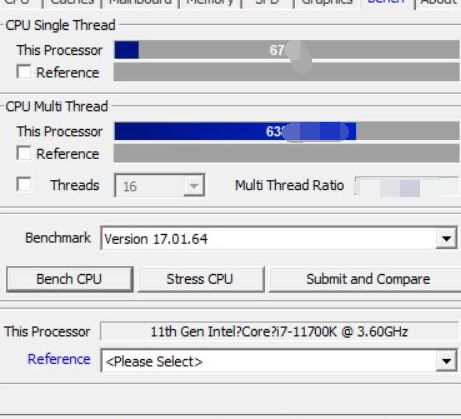 The editors of Guru 3D compared the performance of Core i9-11900K with other CPUs. It seems that Intel's CPUs are 3% faster than Ryzen 9 5950X - at least in single-threaded performance. In the case of multithreaded apps, Core i9-11900K achieved 6522.1 / 7198.8 points (the second result is for performance after overclocking). This means that in this area AMD's flagship processor retains the advantage, which is not surprising given that Intel's unit has eight cores and Ryzen 9 5950X sixteen. 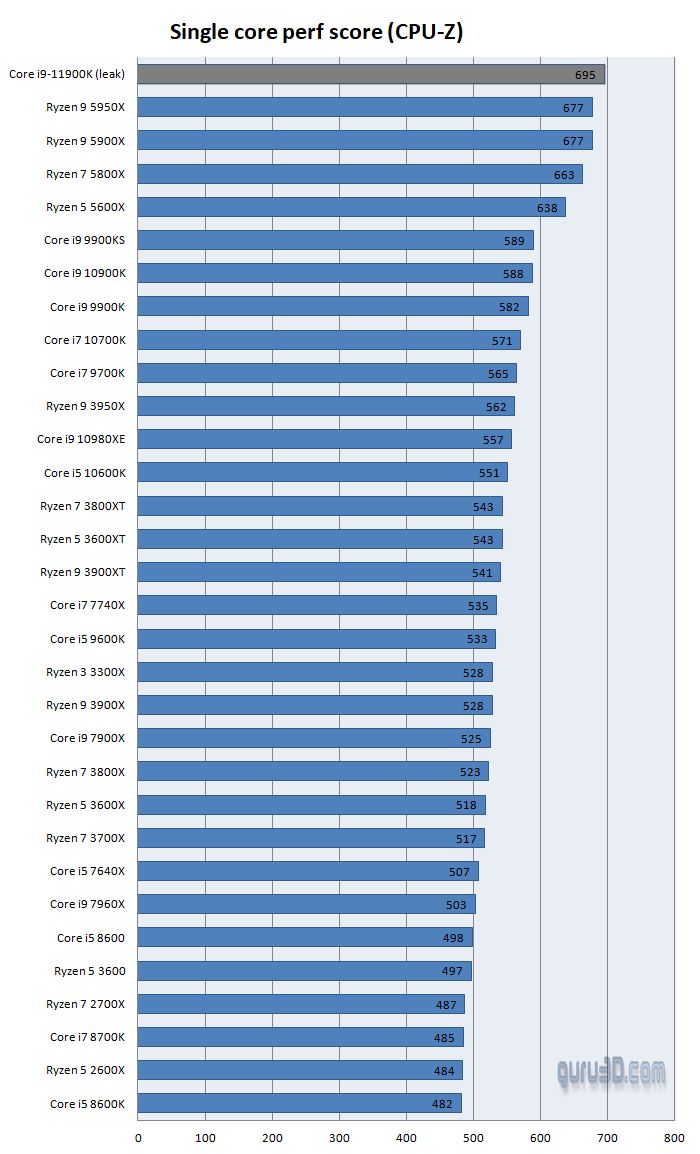 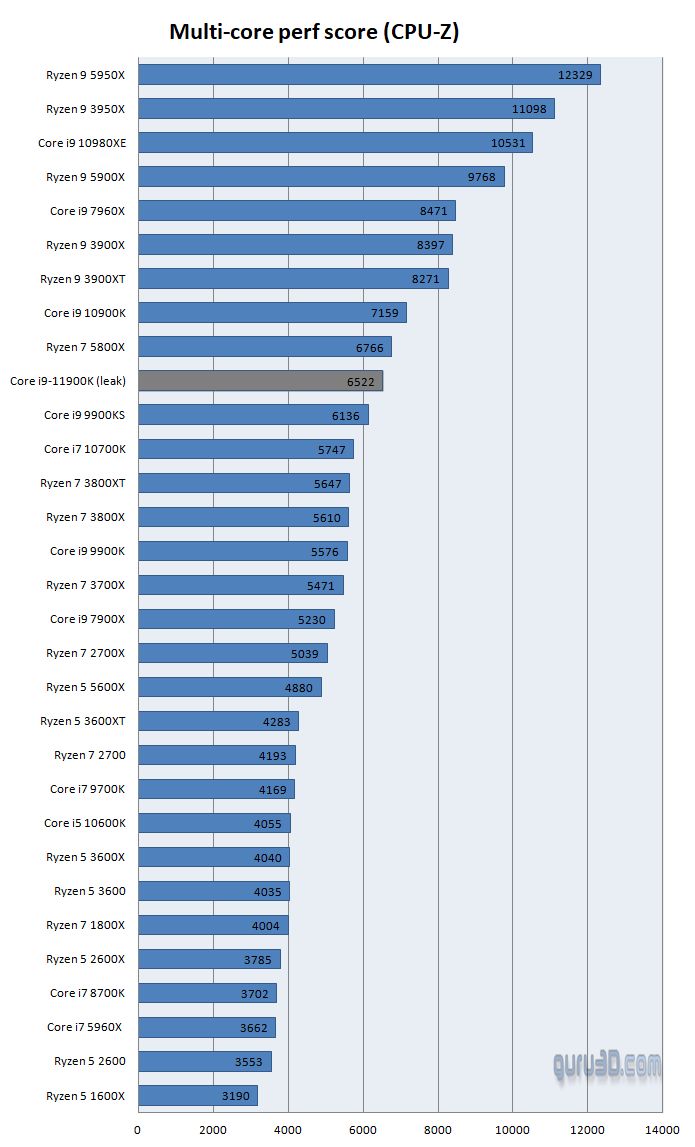 The advantage of Core i7-11700K over Core i7-10700K is about 18%, which suggests that when working on single thread the processor will offer performance comparable to Ryzen 9 5950X. This is a solid result, but it is worth remembering that the benchmark results come from unofficial sources and should be taken with a grain of salt. What's more, the tested CPUs are engineering samples - the devices that will eventually reach customers can offer even better performance.

We also have a leak concerning a possible release date for Intel's new processors. According to user Uniko Hardware, they will debut on March 15, this year. Earlier, on January 11, we'll see the launch of the 500 series motherboards, which will work with the CPUs in question (although it's worth noting that they will also work with existing models based on LGA 1200 socket - the 400 series).