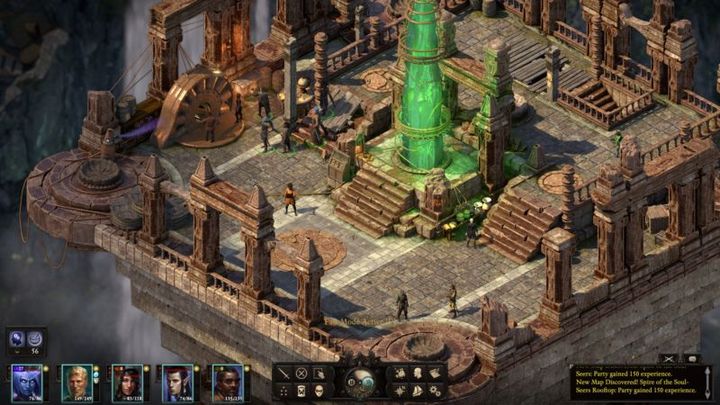 It seems that Pillars of Eternity II: Deadfire - the classic, isometric RPG, created by the recognized Obsidian Entertainment studio, did not meet the expectations of the developer. According to the information published on Twitter by Dylan Holmes  one of the people who invested in Deadfire via the Fig  by September this year, the game sold a mere 110,000 copies, while the original estimation was 580,000...

Still, its noteworthy as well, that the author of these tweets is not entirely confident about his calculations and warns against using them as a genuine reference until we hear some official confirmation (or otherwise) of these figures. Data from the paid version of Steam Spy indicates that the game currently has over 140 thousand users on Valve's platform  a discrepancy is already apparent, and then you have to add to that the number of copies sold via GOG. However, it is difficult to say how many copies were actually sold at the original price of 50 dollars, assumed by Dylan Holmes.

Suppose the investor was not mistaken, let's take a deeper look at both the sales target estimated by the studio and the achieved results. Wasn't 580,000 "a bit ambitious" a target for a game of the sort? Sure, that's quite a hefty sum  but let's bear in mind that the original game, managed to sell more than half a million copies within a very similar timespan, so you could possibly forgive the creators for expecting that a more extensive continuation would sell at least a little bit better, especially considering the higher brand recognition among players.

What went wrong? The reason for the alleged sales flop is certainly not the quality of the product itself - which is clearly ascertained by the game's average score of 88% (Metacritic). However, saturation of the market with similar products seems a lot more likely a reason for the trouble. The first part of Pillars of Eternity debuted at a time when fans of classic isometric RPG games were longing for the return of their favorite genre, while the release of the follow-up concurred with a considerable abundance of similar new titles. It could also be assumed with reasonable probability that a percentage of the people who bought the original game were a little disappointed and decided not to give the second chance to the franchise.

Should Dylan Holmes' presumptions turn out to be correct, they may provide some explanation for the rumors about the planned acquisition of Obsidian Entertainment by Microsoft. Which would be a really nasty irony, as the first part of Pillars of Eternity actually saved the developer from collapsing. It would arguably be a sad day for gaming, when this success actually turned in vain and forced the developers to hand the studio over to a powerhouse publisher. All we can do is wait for an official statement from Obsidian.