Announcement Star Wars: Knights of the Old Republic Remake at yesterday's PlayStation Showcase turned out to be quite a surprise. A short trailer, in which we can see Darth Revan known from the original, was revealed. In the background there we hear a voice of a mysterious woman. For many fans it seemed strangely familiar. In an interview for starwars.com the main producer of the remake - Ryan Treadwell - confirmed who the voice belongs to:

I can confirm that that is Jennifer Hale. We all think the world of Jennifer. She is an amazing talent and immediately slipped back into the role of Bastila when she came to help us with the teaser trailer, Treadwell says. I do think that youre going to see some other familiar voices return, but thats probably as deep as were gonna go on that one right now. 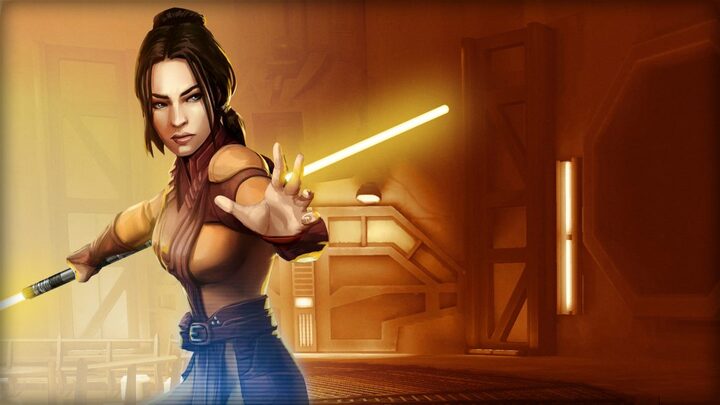 Bastila Shan is one of the key, and most recognizable, characters in KotOR; she serves as a party member in the first installment (and also appears on the game's cover). She is a human Jedi knight from the planet Talravin. She was sensitive to the Force from early childhood. During the Jedi Civil War, she sided with the Jedi Council and joined the Republic, to defeat Darth Revan and his apprentice Darth Malak.

Bastila has been very positively received by critics and players around the world, and her character is often considered one of the most important elements of Star Wars: Knights of the Old Republic. Also Jennifer Hale was praise in this role. The character remained popular in the Star Wars fandom and has appeared in several other titles, including Star Wars: Galaxy of Heroes.

In addition to her role as Bastila Hale, Hale is also known for lending her voice to the female Shepard in the Mass Effect trilogy, as well as Galadriel in Middle-earth: Shadow of War and Naomi Hunter in the Metal Gear series. Star Wars: Knights of the Old Republic Remake is coming, at least for now, to PC and PS5.. At the moment no release date was announced. While we wait for its disclosure - may the Force be with you!

Windows 11 Will be Faster and Better Optimized Than its Predecessor

Falconry in Skyrim - This Mod is a Work of Passion