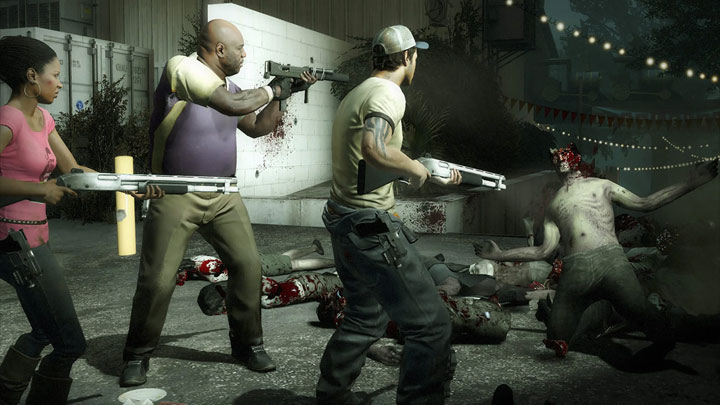 The campaign is due to come out this year.
THE LAST STAND IN A NUTSHELL:

The cooperative shooter Left 4 Dead 2 will soon receive its first update with new content in many years. The new patch will enrich the game with a new campaign - The Last Stand. No release date has been announced yet. All we know is that it will launch this year. The editors of NME talked to the creators, thanks to which we found out more about what the project will offer.

Introduction of additional levels may not seem like a big thing, but with L4D2 it is different. The last official new campaign was Cold Stream, which was released in 2012. The new project is the result of Valve's collaboration with the fan community and it was the modders who did the lion's share of the work.The original The Last Stand is a survival map from the first Left 4 Dead with a lighthouse at its centre. When the project was announced, many people assumed that it would simply be ported with a few improvements to L4D2. In reality, however, we will get something much more ambitious.

The new The Last Stand will be a full-scale campaign whose finale will take place around the famous lighthouse. The creators first ported the map to the L4D2 engine and then started to create the locations leading to it. Many new models and sound effects were also prepared. By the way, the game's script systems have been expanded, which will help other modders to create their own works.

Additional campaign for now will have to be enough for the fans, as it is not expected that we will get a third installment in the near future. An open world Left 4 Dead 3 was planned, set in Morocco, but the project was abandoned. From time to time, there are rumors about a new installment, but Valve categorically stated that no such game is currently in development.

In November Left 4 Dead 2 will celebrate its eleventh birthday. For most franchises, such a long period without new releases would be a death sentence, but in this case it is different. The second part of the series is still very popular. According to Steam Charts, at the hottest moment of last weekend, L4D2 had more than 20,000 players at the same time. This is an enviable, even for many newer games. In the co-op FPS category only PayDay 2 has a larger community.

Fans working on The Last Stand think that the third installment is not needed, because Left 4 Dead 2 has many good years ahead of it and they hope that improvements in the scripting system will help to increase modder activity. Moreover, they do not hide that they would like to further develop the second game in the future.

Anthem Priced Less Than a Big Mac Now in Walmart

Sony Has Trouble With Production of PS5 [Update: Sony Denies]