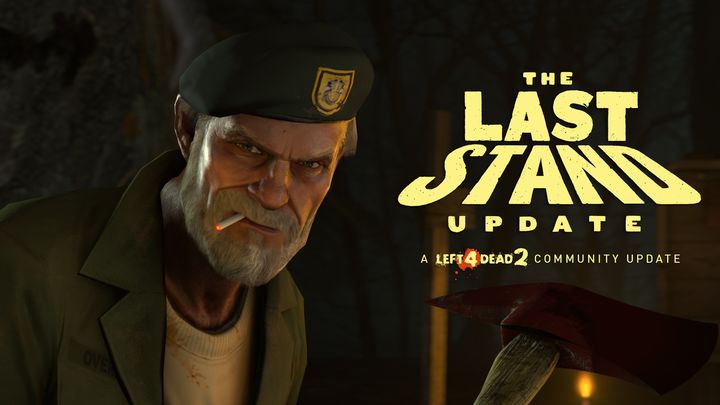 Yesterday, Left 4 Dead 2 received its first add-on in eight years (eleven years after the game was released). We're talking about the The Last Stand DLC, which we've written about several times in recent weeks. The free expansion has been developed in collaboration with the community and includes twenty-six new survival maps, four arenas for the Scavenge mode and The Last Stand campaign based on The Lighthouse map. Below we remind you the official trailer.

It is worth noting that apart from the aforementioned novelties, the update also introduced thirty achievements, two more melee weapons (shovel and pitchfork), new animations, mutations and a number of improvements. In addition, we've also seen the official implementation of Counter-Strike: Source weapons on L4D2servers . Full list of changes can be found here.

More than thirty members of the L4D community, supported by Valve Software, have worked on the DLC. It took them eleven months to complete the project.

To celebrate the launch of the add-on, developers at Valve Software decided to enable us to play their title for free over the weekend. The game can also be purchased with an 80% discount (it now costs a little less than 2 dollars). It seems that the expansion and promotion encouraged many players to return (or reach for the game for the first time) - according to data from SteamCharts, there are currently more than 35 thousand people playing the game, and the best result of the last 24 hours is over 60 thousand simultaneous players.

Amazon Announces Luna, Its Own  Netflix for Gamers