Yesterday marked the release of LEGO Star Wars: The Skywalker Saga. Everything indicates that the game is a great success.

The success of LEGO Star Wars: The Skywalker Saga on Steam

Popularity of LEGO Star Wars: The Skywalker Saga is best seen on Steam.

The game not only achieved impressive activity results, but also met with a warm reception. On Steam, 93% of user reviews praise the title, which is categorized as "very positive" reception.

Gamers complain about bugs in Star Wars: The Skywalker Saga

This success was achieved despite the fact that the game's technical condition leaves much to be desired. Players complain about freezing, performance drops or errors that make it impossible to complete some mission.

It is worth mentioning that the devs have just released patch 1.03 for LEGO Star Wars: The Skywalker Saga, which fixes some of the problems, although the game is still far from perfect. 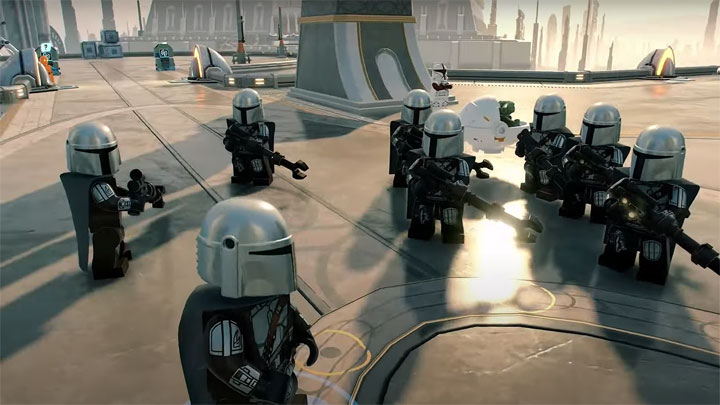 Not all bugs in the game annoy players. One of the discovered shortcomings caused a lot of them a genuine amusement. People owning The Mandalorian Season 1 Pack DLC have discovered a way to clone characters. When you unlock Mando, a slot is added to the menu with Grogu as a companion. If you select it and then try to change it to Mando, it will clone that character as a companion character.

Every time we do this, the game adds an extra slot in the menu, effectively enabling us to create an army of clones that follow our characters. What's more, we can then change them into other characters. This amusing bug was not fixed by patch 1.03.

Romans: Age of Caesar From Stronghold Devs With Release Date

F1 Delta Time Shut Down; Players Who Invested in NFTs Left With Nothing