Two and a half months after its release, LEGO Star Wars: The Skywalker Saga is still selling very well. In the first sixteen days after its debut the title sold 3.2 million copies (across all platforms), surpassing Elden Ringa on Steam. The game enjoyed particularly popularity on Switch.

Thanks to all these factors Traveller's Tales and Warner Bros. can currently boast over 5 million copies sold. This number includes releases for all platforms, namely PC, PS4, PS5, XOne, XSX/S and Switch - with it being worth mentioning that on the latter LEGO Star Wars: The Skywalker Saga is the best-selling game not produced by Nintendo since the release of Monster Hunter: Rise in March 2021. 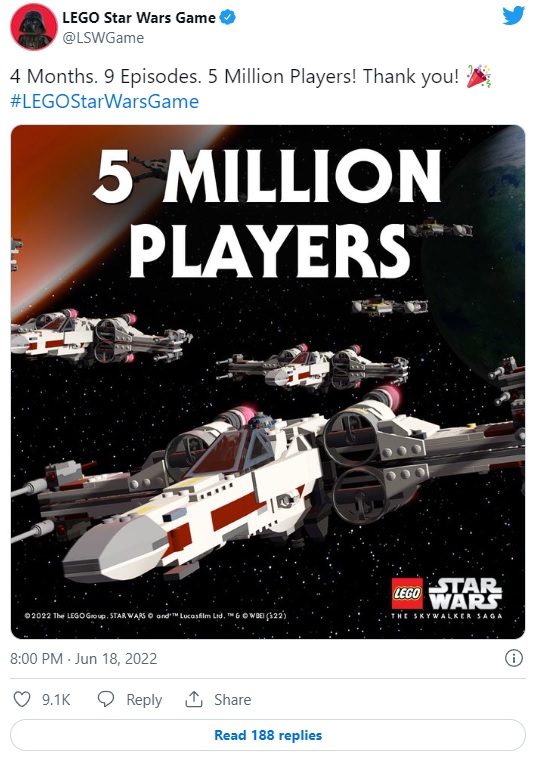 Undoubtedly, this is no small success, and should be respected - although, on the one hand, we are dealing with a game living off a popular brand, on the other hand, it is a clear evidence that there is still room on the market for titles lighter and simply different from huge open worlds games.

And what captivated you in LEGO Star Wars: The Skywalker Saga?

Skull and Bones May Skip Some Platforms; New Rating Surprises

Sony Will Hold a State of Play in a Few Days, Henderson Claims