When the level editor was first presented for Songs of Conquest we predicted that the mods developed with it would enjoy great popularity. The latest reports show that we were right. 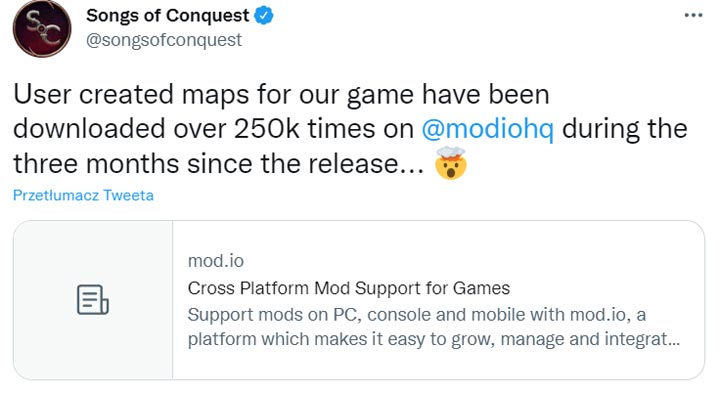 Recall that Songs of Conquest debuted in early access on May 21, this year. The game can be played only on PC.

Since its release, the game has been actively developed. Updates have already introduced the feature of simultaneous turns, improved the multiplayer and interface, and added new map configuration options.

We are also expected to receive one additional campaign, a random map generator, and improvements to battles, multiplayer and the level editor this year.