We have already seen how the city of Lost Heaven looks like in the Definitive Edition of the first installment of the Mafia series. Now, the devs have decided to show the metropolis in a broader perspective. On the official website of the game there is a map of the metropolis from the remake. The images have been placed below with the plan of the original Lost Heaven.

A map of Lost Heaven from the Mafia: Definitive Edition...

... and from Mafia: The City of Lost Heaven.

The devs did not change the general layout of the city, but, as they admitted, there were some modifications. And so the small island was moved from New Ark area to Chinatown, and the racetrack is closer to the city than in Mafia: The City of Lost Heaven. The new names of some of the neighborhoods are also very noticeable. New Ark has been renamed North Park, Oak Hill is now Beech Hill, and so on. There are also minor changes in the location of certain spots, such as the Salieri's bar. 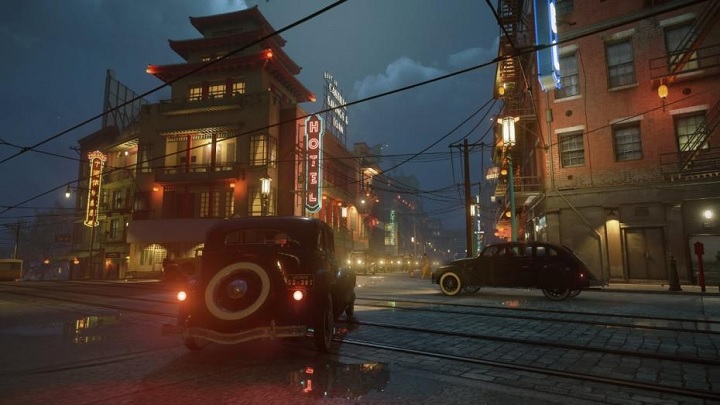 Lost Heaven has changed a bit after 18 years.

The devs mentioned more buildings, more diverse topography (thanks to which "the city landscape can be admired from a distance"), new streets and side alleys, etc. The location of some of the mission's objectives was also changed. What is interesting, the developers used thermal maps of the players' routes, showing the most frequented roads. Based on this data, the team modified the location of key spots in such a way as to encourage the player to travel through different districts, instead of - and we quote - "moving still along the same streets as if they were commuting every day".

Mafia: Definitive Edition will hit PC, PlayStation 4 and Xbox One on September 25. That's when we'll see exactly how the new Lost Heaven looks like.