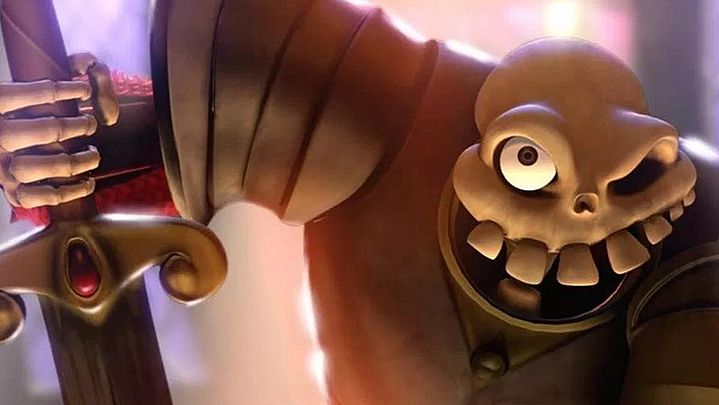 Sony presented a short video material from behind the scenes of the development of MediEvil remake, which will be released on PlayStation 4 this year. Mike Mika and Jeff Nachbauer, the game's producers, reveal the main ideas behind their work on the title. The devs want to keep the spirit of the original, although they do not hide the fact that they focus on "how the players remember" the game, and not on the most accurate representation of all the mechanics. You can see the material below.

For more information, please visit the American PlayStation blog. We read there that the creators even went so far as to explore the music that the first team working on the original PlayStation game listened to. Jeff Nachbauer talked about where the studio got such information:

Theres comments in the original source code of what music the developers were listening to at the time they were first making the game, which helped us understand what they were getting at when they first coded that area.

One of the key aspects of refreshing a 20-year-old classic was for the creators to "get inside the heads" of the original programmers, which was described quite vividly by Jeff Nachbauer:

Our credo was: Do what they did, and dont change anything unless you have a good reason to change it. said Jeff Nachbauer, Executive Producer on the project. Often times youd go in the code, see a strange design decision and think Why did they do that? It doesnt make a lot of sense. And then you go on the journey of trying to solve challenges further in the game and ultimately release  Thats exactly why they did it. I get it now.

Participants of the upcoming gamescom fair will get a chance to play MediEvil. The rest will have to wait for the launch, which is scheduled for October 25, this year. The title will only appear on PlayStation 4.