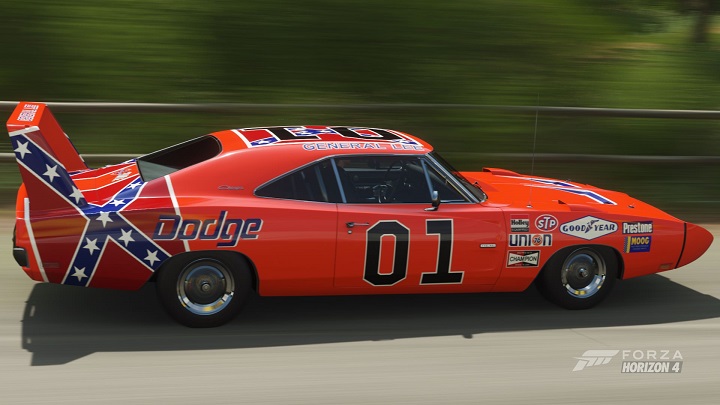 Flag of the Confederated States of America in Forza Horizon 4.

Two days ago, Microsoft announced via the official Forza Support Twitter account that from now on the use of the flag of Confederated States of America as vehicle decoration in Forza Horizon and the Forza Motorsport series will result in a ban. The reason for this decision is the fight against racism and the intention to make Microsoft's games a friendly place for all players.

Confederate Flag is very controversial nowadays. It is worth remembering that since the time of the Civil War it has been considered a sign of the heritage of the southern states of the USA, but nowadays, due to its use by racist groups, it has become a kind of symbol of racial intolerance (more about it here). Some time ago, this flag was also banned in NASCAR races (fans are unable to carry replicas of it on the track). The described decisions are mainly the consequences of the death of George Floyd and the resulting protests to draw public attention to racism in present times.