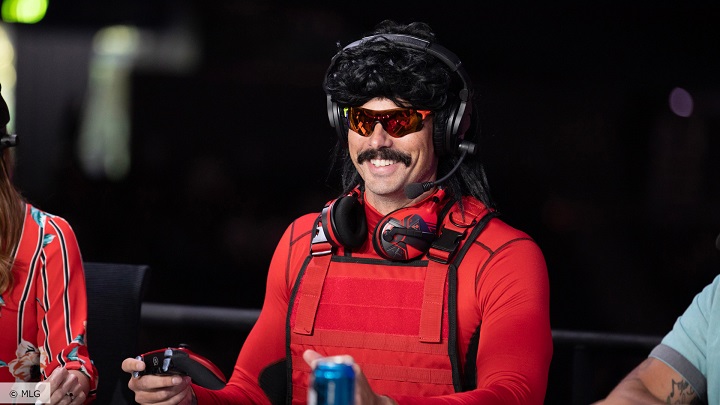 Dr. Disrespect won't be back on Twitch.

Dr. Disrespect finally commented on the whole case a few hours ago. As it turns out, the streamer has no idea what his Twitch ban was for. We can read his brief statement below. Unfortunately, we still have to wait for any kind of official explanation.

Yesterday, the internet was buzzing with news that one of the most popular Twitch streamers - Dr. Disrespect, known above all for his turbulent personality and controversial statements - was permanently banned on Twitch. Currently, we have not learned the specific reason for the ban, although the matter is reportedly much more serious than it might seem.

Esports journalist Rod Breslau has revealed that he has learned from many reliable sources the true reason for Dr. Disrespect's ban, but it is such a sensitive topic that he doesn't want to talk about it yet. Internet users suggest that this could be linked to recent harassment accusations against many streamers as well as people from the video game industry. However, it is worth noting that no public accusations of harassment against Dr. Disrespect were made at the time. Until the case is officially clarified, we cannot be sure what is the true cause of the ban.

Breslau also pointed out the streamer's strange behavior at the end of his last stream. Dr. Disrespect suddenly changed his behavior and quickly ended the stream while comforting his audience for some reason. It is quite possible that he already learned about the upcoming ban. However, we will still have to wait for the whole matter to be clarified. Finally, it is worth mentioning, that Dr. Disrespect's viewers were reimbursed for their subscriptions, and the streamer's emotes were deleted from Twitch.