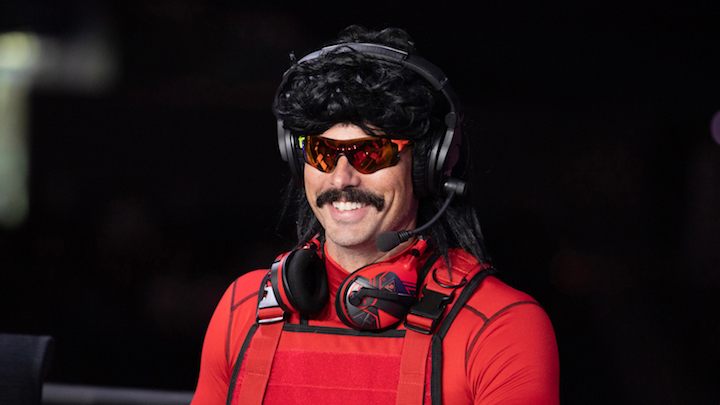 Dr. Disrespect has vanished into thin air! One of the most popular streamers disappeared from the Internet and we still don't know why.

After a long period of complete silence, Herschel Beahm, or Dr. Disrespect, gave an exclusive interview for PC Gamer. From a series of answers to quite inquisitive questions, we can find out, among other things, that the reasons for breaking the contract by Twitch are still unknown to him, and Beahm together with his advisors are even considering taking legal action against Twitch. The work on the great return of Disrespect's to the web under the working name of Doc 3.0 was also revealed. One of the clips announcing a "come back" appeared on Twitter today and we can watch it below. It's still unclear what platform Herschel can eventually land on with his streams, but he's supposedly no longer interested in exclusive contracts.

The interview also mentioned Disrespect's statements on streams about conspiracy theories about the Covid-19 pandemic or the harmfulness of 5G network. During this question, the streamer's publisher reacted sharply, interrupting his answer and pointing out that they're getting "really close to dangerous territory". Beahm also referred to his strange behavior at the end of the last stream. According to him, this had nothing to do with the Twitch ban, because he found out about it under different circumstances, and in this particular case it was a "reflection about how bad things are in the world today" and that he was just "being himself for a while" on the stream, not his alter ego - Disrespect.

For the time being, we are still waiting for more detailed information about the streamer's return or the reasons for the ban.

Two weeks ago, one of the most popular streamers on the Internet, Herschel "Guy" Beahm IV, better known as Dr Disrespect, was permanently banned from Twitch, where he had almost 4.5 million followers. Bans or various blockades imposed Internet celebrities are nothing new, but in this case it is very puzzling that complete silence surrounds the case. Dr. Disrespect himself, after a laconic Tweet claiming that the reasons for the ban are unknown to him, did not speak up on the web anymore. Twitter messages from people who claimed to know what was going on, but "the subject is too delicate to talk about", were also removed.

The only new information that has emerged since then was an equally vague message from Dr. Disrespect's wife (via Reddit):

“The outpouring of love, support, strength and kindness from the arena has truly been overwhelming.You all have made my heart full and I cannot thank you enough. No one better out there than the CC. You guys are amazing! Much love to you all <3.” 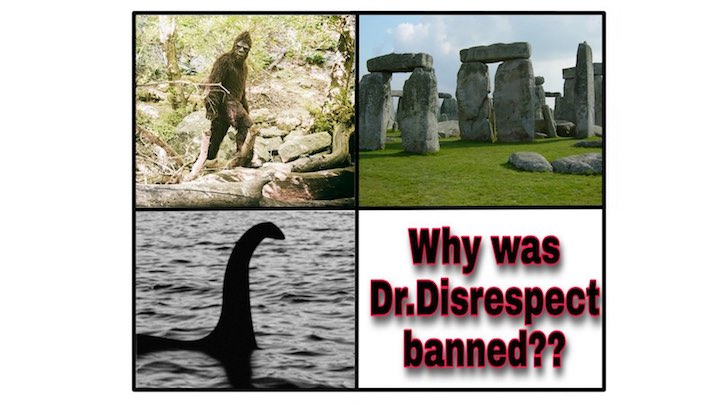 There are only speculations and theories about the reasons for Disrespect's disappearance.

Usually in such cases, the interested parties do everything they can to explain things to their fans, are quite vocal on various outlets, third parties take the floor, but this time we are dealing with total silence, which, as PC Gamer recently stressed, has never happened before. The companies cooperating with the streamer did not respond to questions, and Disrespect did not use its multi-million strong fan community to express his opposition to Twitch's decision. All of this is compounded by the effect of mystery, and thus gives rise to a lot of theories and that Internet users have been living for the last two weeks. 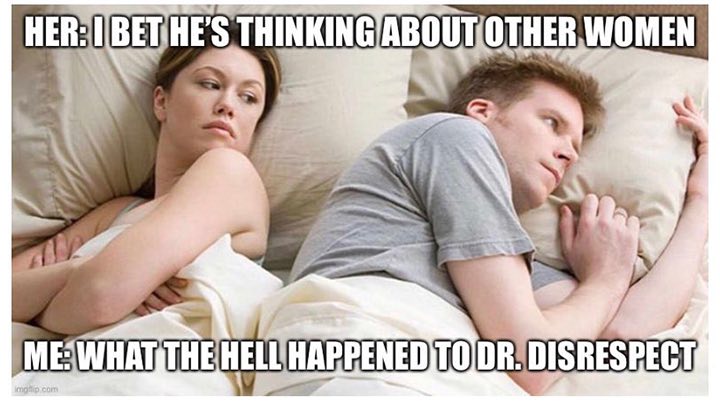 However, as more professional comments, mainly from lawyers, emphasize, the absolute silence on the air is usually caused by serious legal problems. Disrespect is not an ordinary streamer, but essentially a company worth many millions of dollars, and he probably benefits from the help of good law firms, which usually advise not to make any announcements until the case is resolved.

It's probably not about any breach of contracts or negotiations on other streaming platforms, because such things would have leaked a long time ago. It is mentioned that the silence may result from a lack of willingness to make public accusations without hard evidence or from the fact of an ongoing investigation. The good news, however, is that so far the streamer has not been arrested on any charge. 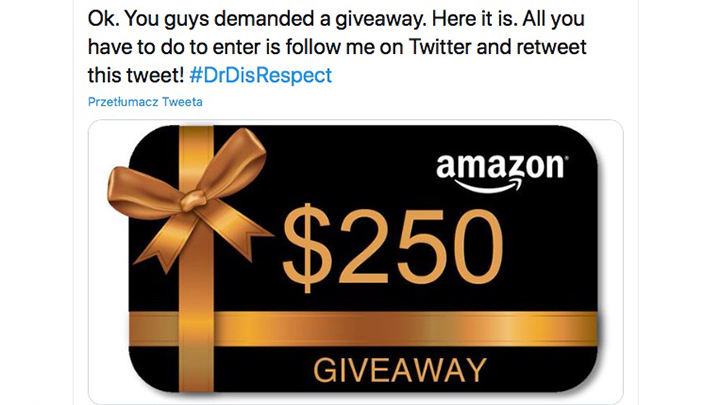 A lot of people are trying to profit from the disappearance of Disrespect.

All this contributes to various theories and conjectures, including how important it was the appearance of Roblox and unicorn at the end of the last stream. There are unconfirmed reports that the streamer logged in and played Call of Duty: Warzone or supported another streamer with a small amount of money. The web has been flooded with tons of announcements from people who are trying to increase their popularity by using slogans and hashtags related to Disrespect's disappearance, and this in turn triggers another wave of posts from people outraged by this fact.

The popularity of the streamer is so great that the matter won't die down with time and one day we will surely find out what really happened. But for now, all that remains is guessing or waiting patiently.