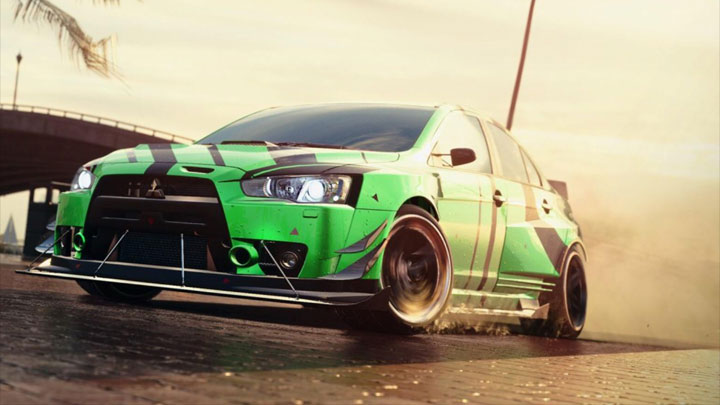 The day before yesterday, Electronic Arts announced Need for Speed: Heat, the next installment of the popular series of racing games. A day later, at the game's official reddit, the devs shared additional details, enabling us to learn a lot of new information about this project.

The action will be set in a fictional city of Palm City, modelled on present-day Miami. During the day we will participate in city races and the law enforcement will leave us alone unless we provoke them. At night, police officers will actively hunt us down. We will choose for ourselves whether to leave the garage before or after dark.

The plot is to be much more serious than in the previous installments, and the main opponent will be a police lieutenant named Mercer. During police chases, the interface will tell us how many units are chasing us. In these sequences, law enforcement will use not only police cars, but also helicopters. The car damage bars will return, so it will be possible to destroy the cars.

There will also be drag racing competitions in the game, which will be greatly improved compared to the previous games of the series. The available cars include Ferrari and Evo 10, while in multiplayer up to 16 people will be able to play at the same time.

NFS: Heat, will enable us unlock new car parts by winning competitions. The devs promise an improved driving model and the ability to customize the appearance of our character. In addition, the game will lack microtransaction-related performance speed cards, whose presence in Need for Speed: Payback was very negatively received.

Need for Speed: Heat is coming to PC, Xbox One and PlayStation 4, with its release scheduled for November 8, this year.