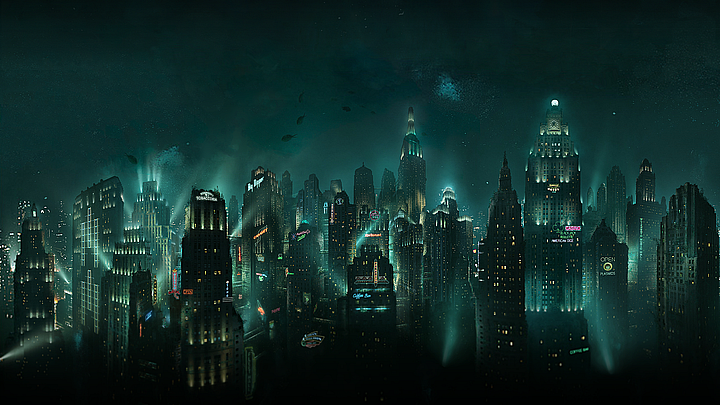 Are we going back to Rapture in new BioShock?

The rumors turned out to be true - a new game from the BioShock series is being developed. The publisher, 2K Games, officially announced that the production is being created in the newly established Cloud Chamber studio. According to the press release, the new installment of the iconic franchise is to be created over the next few years. The devs didn't make any specific guarantees regarding platforms or the approximate release date, although we can safely assume that the title will be released on next-gen consoles.

The new development team is led by Kelley Gilmore, an industry veteran with 22 years of experience, who has worked in various positions with franchises such as XCOM and Sid Meier's Civilization. It is also worth mentioning that Kelley Gilmore will be the first woman in the history of 2K to launch and run a development studio. As she says, the aim of her team will be to push the limits of the possibilities offered by video games as a medium:

"We founded Cloud Chamber to create yet-to-be-discovered worlds  and their stories within  that push the boundaries of what is possible in the video game medium. Our team believes in the beauty and strength of diversity, in both the makeup of the studio and the nature of its thinking. We are a deeply experienced group of game makers, including many responsible for BioShocks principal creation, advancement and longstanding notoriety, and honored to be part of the 2K family as stewards of this iconic franchise."

Let's add that Cloud Chamber is probably the same studio that Jason Schreier from Kotaku mentioned a year and a half ago. At that time, reports suggested that the devs were working on a mysterious game called Parkside. Now we know that it was about the new installment of BioShock. IGN reports that Kelley Gilmore wrote, (via e-mail) in response to a question about the progress of the work, that the studio is at "the early end of process". The head of Cloud Chamber also did not want to reveal information about the location of the action of the new installment of the game, limiting herself to a short comment:

"We hope that fans love our future plans for this environment. That said, it'll be a bit of a wait for more details, as the game will be in development for several years."

Creative director of the first parts of the series, Ken Levine, is not involved in the project. However, other "indigenous" BioShock devs help with the work, so fans should rather be calm about the "spirit of the series". Unfortunately, we do not know how much truth there was in the previous report (suggesting that the new installment will be a live service title), which does not change the fact that the next BioShock is being developed and we should be happy with it. Let us remind that it's been 6 years since Infinite's release and the players deserve one more trip to Rapture (hopefully...).