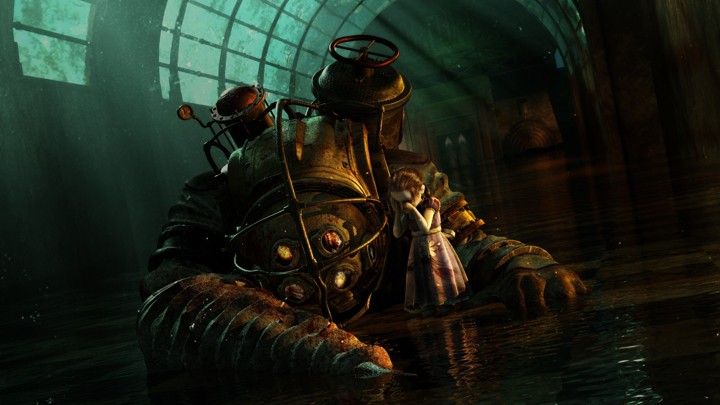 It's been more than 6 years since the launch of BioShock Infinite. The third part of the iconic series brought the action from the underwater world to the skies. Whether, it was for the best, it's up to you to judge. However, it does not change the fact that for some time now it has been rumored that somewhere in the depths of 2K Games another installment of the series is being created. According to the usually well informed Jason Schreier, the working title of the new part is Parkside. So far, however, we have not had any clear confirmation that the game is being created.

And frankly... we still don't have it. But there are some signs that suggest that something's up. One Reddit user going by the nickname u/stealthyfrog shared a job offer posted by 2K Games (Novato branch specifically). Let's start with the fact that according to rumors, this unit is responsible for providing players with a new installment of BioShock. So what are we going to find in the offer? An information that 2K forms a new team to create a new game. Of course, they will require their potential employees to be honest, creative, cooperative and well in general. In return, they offer opportunities and work in a small but ambitious group of people. However, the most important are the skills requirements. And this is where things get interesting. We can read that:

In the game were making, the story itself will come to a conclusion. The world, by contrast, is something we are designing to be alive and engaging past the main narrative arc. To leverage this, we want to build a post-narrative set of systems, quests and player progression that gives our fanatic fangirls and fanboys more content to experience on an ongoing, live-services basis. We need a senior game designer with strong ideas and communication skills who can own the endgame design for this title.

Does this mean that the new BioShock might be live service game and bet enphasize rich endgame? Looks like that's the plan. This is also confirmed by the subsequent paragraphs of the announcement, in which we can read about open world and understanding trends in FPP games and experience in the field of services. Personally, it's hard to imagine, because trying to transform a bona fide single player title, focused primarily on storytelling and great environmental narrative, into a multiplayer game, focused mainly on combat, would be a rather foolish move. Let's just mention here a very similar situation, the fruit of which was a certain game with 76 in the title. Oh, we also have a little hint for 2K: Chad Robertson is free for the taking right now.

Most of Reddit users share these concerns, although there are also some comments that are quite positive. A vision of creating a hero, for example in Rapture (before its fall) and observing the changing environment that will eventually lead to dystopia might be promising. For the official position of the company we will probably have to wait at least a few months. Let's hope that BioShock will remain at least in part what the players loved it for.