A remastered version of the second installment of the popular BioShock series that was initially released in 2010 for PC and the 7th-generation consoles. In the game, we are once again taken to the underwater city of Rapture, featured in the original BioShock, and the gameplay is focused on exploration, solving puzzles, and fighting encountered hostiles. 2K Games, which remastered the title, focused solely on the single player campaign and therefore BioShock 2 doesnt feature the multiplayer mode that was present in the original edition. The lack of it is compensated by a completely new mode called The Protector Trials  it is a set of challenges that are intended to test the players combat skills. In comparison with the original, the remastered version boasts enhanced textures and a native support of the 4K resolution. Thanks to that, the three-dimensional game powered by Unreal Engine still looks good despite its age. 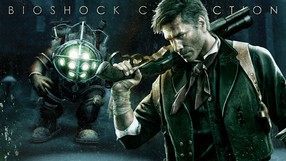 A special bundle that includes the revamped editions of three installments in the bestselling BioShock series, designed by 2K Games company for the eighth generation consoles. Each game in the trilogy, which is often described as the spiritual successor to the cult System Shock, is set in different settings and features different main characters. What binds all the stories together is their unique dystopian atmosphere with a surreal vibe, and skillful combination of FPS mechanics with elements of RPG. In comparison with the original releases, The BioShock Collection offers enhanced visuals, featuring 1080p resolution and fluent 60 fps animation. Besides, the games boast enhanced textures and visual effects, as well as improved loading times. Interestingly, the bundle contains not only the games themselves, but also all their DLCs, which were originally sold separately.

A remastered edition of a popular FPS with RPG elements, originally released in 2007 on PC and Xbox 360; the PlayStation 3 version came out a year later. In case of the PC version, BioShock Remastered is available as a stand-alone product, but the game is part of BioShock: The Collection as well. The largest change introduced since the original release lies in the improved visuals, now supporting 4K resolution and using updated textures. Apart from that, BioShock Remastered offers all the contents of the original release. The player is taken to Rapture - an underwater metropolis where they will fight aggressive mutants and discover the gloomy history behind this extraordinary place. The player explores atmospheric locations, solves environmental puzzles, fights the enemies encountered and develops the protagonist's abilities. The last aspect is linked with moral choices which affect how the entire story ends. In combat, the player makes use of firearms, melee weapons, as well as special powers acquired through DNA modifications. 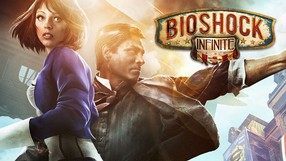 First person perspective action game released as a spin-off to the BioShock series. This title was produced by Irrational Games with publishing support from the 2K Games company. BioShock Infinite is set in an alternative version of the early 20th century. The main hero, private detective Booker DeWitt, arrives to Columbia, a city floating in the sky, where he needs to locate and rescue a woman named Elizabeth. Turns out she is extremely valuable to two factions competing for control over the city. While playing, you can make use of various fire arms and special powers (e.g. summoning ravens or using telekinesis). The games uniquely atmospheric visuals are generated by a modified version of Unreal Engine 3. 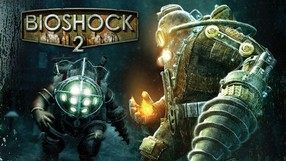 A sequel to 2007's action game BioShock. BioShock 2 was developed by 2K Marin, with the support of Digital Extremes, 2K China, Arkane Studios and Darkside Game Studios. The story is set in the underwater metropolis known as Rapture in year 1968 (eight years after the events of the original game). The player assumes the role of Subject Delta - a Big Daddy prototype. The protagonist has to find the his Little Sister. The administrator of Rapture by the name of Sofia Lamb is trying to prevent it at all cost. The game remains faithful to the original gameplay formula combining FPS elements with certain RPG mechanics. Contrary to the original game though, BioShock 2 offers also a multiplayer experience in the form of seven competition-oriented game modes. 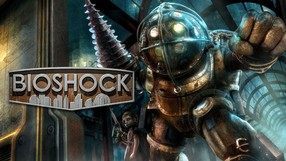 BioShock is a combination of an action game, first person shooter, cRPG, and survival horror created by Irrational Games (developers of System Shock 2, SWAT 4, and other titles). The story takes you into the submerged city of Rapture, where the main protagonis, named Jack, arrives after having survived a plane crash. This ruined metropolis hides many dark and deadly secrets. In terms of gameplay, BioShock combines the elements of a dynamic FPS and cRPG. In combat you can use several types of conventional weapons as well as so-called plasmids that give you supernatural powers. Moral choices you make in the game influence how the events unfold. The game features very atmospheric audiovisuals, with graphics powered by the popular Unreal Engine 2.5.