Welcome to another review of the week's major launches on Steam. The big publishers have mostly let up this period, but smaller developers are preparing quite a few intriguing debuts.

Premiere of the week is The Mortuary Assistant (August 2, 2022).

A promising horror game will go on sale on Tuesday. The Mortuary Assistant, which we've selected as the release of the week on Steam,. will combine a funeral parlor work simulator with an elaborate storyline and horror story elements.

During the game, we deal with both embalming corpses and performing occult rituals in order to uncover a demonic presence. There will be a lot of logic puzzles in the game, and many elements of the 10-hour campaign will be determined randomly, so the whole thing can be played through multiple times.

The demo available on Steam is excellent, offering interesting mechanics and an eerie atmosphere. The Mortuary Assistant promises to be a must-have item for fans of ambitious horror.

The week will open with the release of Lost in Tomorrow, a small point-n-click adventure game modeled on the Samorost series.

In the game, we will direct a robot who, after a long interstellar expedition, returns to Earth, only to find it in a state of catastrophe. In the course of the game we will have to find a way to save humanity from annihilation.

In a few hours we will also be able to play Force of Warships. This is a F2P arcade simulator, which enables us to take part in naval battles of warships.

The game looks good on the released graphic materials, but the authors' previous titles have met with a very mixed reception, so we are curious to see whether Force of Warships will turn out to be a better game than previous achievements of XDEVS. 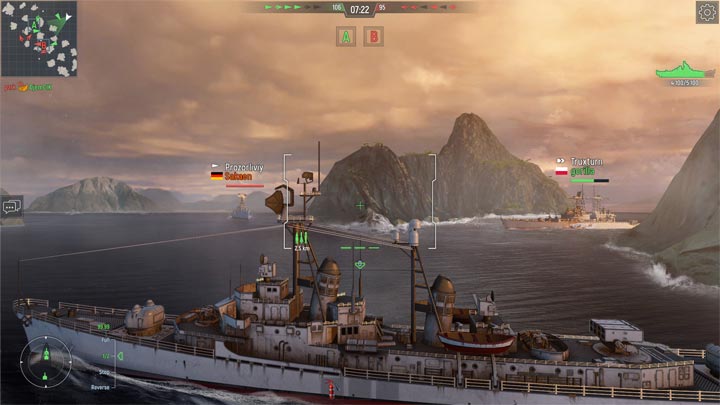 Yeomna: The Legend of Dongbaek

Today will also see the release of the game Yeomna : The Legend of Dongbaek. It is a metroidvania platformer inspired by Korean folklore. In the game we will play the role of an exorcist who goes to hell on a mission to defeat the Demon King.

The distinguishing element of the project is the graphics, which are modeled on old Korean paintings. You can check out the game before its release thanks to the demo version available on Steam. 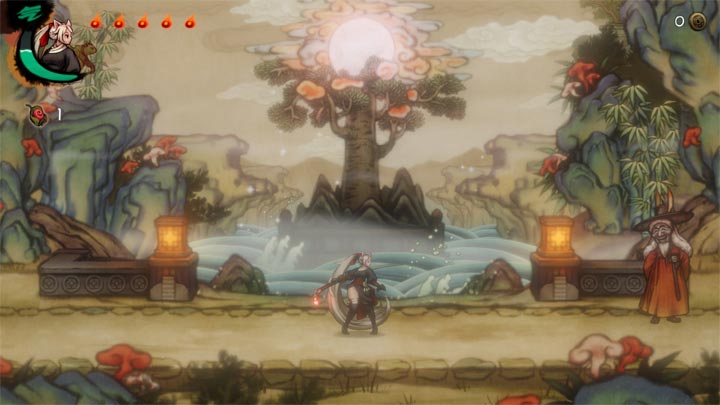 Another interesting Tuesday release might be Forrader Hero. Here a turn-based dungeon crawler with roguelike elements is based on an unusual idea - in the game the heroes can't retreat.

The authors promise an attractive retro setting and a rich selection of characters with unique skills. It is worth mentioning that the studio responsible for the project, VidyGames, previously deliveredthe warmly received 2D shooter Re.Surs (92% positive ratings on Steam).

In turn, Wednesday will see the release of Kingdom Draw, a turn-based battle strategy game enriched with card game elements.

The gamewill offer both PvP skirmishes and a series of single-player story campaigns.

The day after tomorrow we will also finally see the release of the PC version of South of the Circle, which is an excellent adventure game by State of Play Games, whose publisher is 11-bit studios.

The game is set during the Cold War, and we will play the role of a climatologist whose ship crashes in Antarctica. In addition to the intriguing storyline South of the Circle will offer lovely, highly stylized visuals and difficult moral choices.

One of this week's major releases will be Hard West 2. It is a tactical turn-based game and a sequel to the popular game from 2015.

In the game we will take command of a band of outlaws who carry out jobs in the Wild West. The traditional western atmosphere will be tithed with horror elements.

It is worth mentioning that a demo is available on Steam for several days now, enabling us to check the game before buying it.

On Thursday, Steam will also see the release of VOIDCRISIS. It is a tower offense strategy, meaning that it resembles tower defense games, except that we are the attacking party.

In the game we will command mechs, and the whole thing is modeled on Japanese cartoons with big robots.

For fans of visual novel games, the most important release of the week will probably turn out to be Love, Money, Rock'n'Roll. This is the first commercial production from the creators of the excellent free visual novel Everlasting Summer.

This time the authors will tell the story of a school rock band. As usual, there will be no shortage of romantic themes and difficult moral choices.

Also to be released on Thursday is Montana, the latest DLC for American Truck Simulator. True to its title, the DLC will introduce a new state to the game, capturing both its landscapes and local transportaton businesses.

The last Thursday release we want to mention is Hindsight. This is an experimental adventure game by the author of the excellent Prune, which will tell the story of a woman trying to find the meaning of her life by exploring memories from childhood to adulthood.

Another game referencing Japanese pop culture that will be available this week will be GigaBash. It's a fighting game modeled after sentai series like Power Rangers, in which giant robots battle kaiju, demolishing large swaths of cities in the process.

The game will enable up to four people to play simultaneously in 2v2 or all versus all variants. Local co-op and a single-player story campaign will also be available.

Also debuting on Friday will be Miko no Kanata. This is an English-language version of a classic Japanese visual novel adventure, originally released in 2013, with a storyline revolving around Shinto temple priestesses and time travel.

This is the first translation of this project - previously it didn't even get a fan patch.

Cat Takes the Lead, Followed by Digimon on Steam Top 10