The Montana DLC for the popular American Truck Simulator was announced as recently as last year. And now, finally we learned the expansion's release date - August 4..

Developers from SCS Software announced on their blog that they are currently conducting final tests of Montana. The DLC will receive some final touches before it hits the hands of players.

You will be able to travel the roads of this American state, full of unspoiled nature and mineral resources, from next week. The price of the DLC will probably be $9.99 (that's what previous DLCs of this kind cost at launch).

The developers have also shared with the world a map (below), thanks to which you can see what places we will come to visit - and what a swath of the US ATS already recreates. 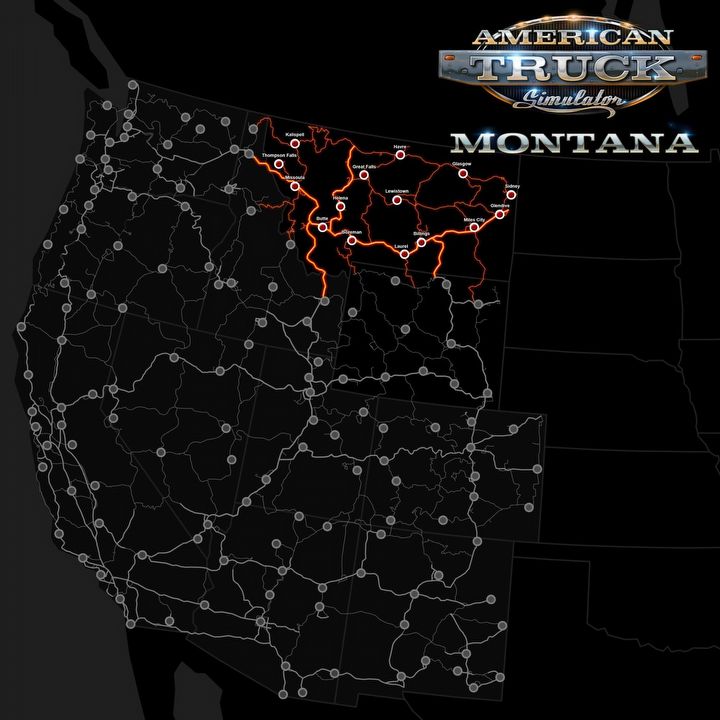 In addition, developers have stipulated that if they still hit an exceptionally serious bugs, the release date of the expansion may change. They will keep the community informed of such an eventuality.

It remains to be hoped that no such situation will occur, and in less than a week we will be able to set off to conquer new roads.

Cyberpunk 2077 is a Bestseller in Russia, Despite Not Being Sold