Amazon Games can be pleased with the beta of their title. Although the players are not convinced by all aspects of New World, their overall impressions seem to be positive. Extremely different reactions were aroused, however, by one inconspicuous element of the game. I am talking about the animals, which can be found while walking through the game world. Their colors seemed to be too vivid for many players.

Interestingly, although they were quickly called rainbow animals, they do not arouse dislike because of the views of users. Most players point out that they simply do not fit into the style chosen by the devs of New World. The community believes that elements straight from Fortnite or Japanese MMOs should not be present in the game, the aesthetic of which brings to mind the seventeenth-century American colonies. It doesn't help that they're hard not to notice. The main concentration points of dissatisfied voices can be found on Reddit and the game's official forum. 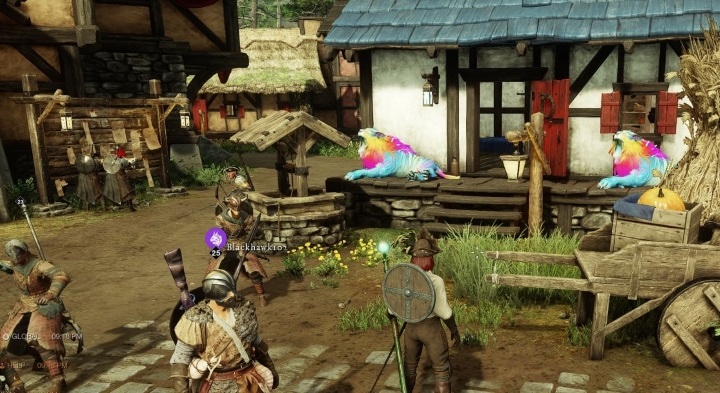 "I do hope they change/improve or get rid of these things. I'm all for house pets and such, but every time I see these goofy, awkward, bright-colored things it is very jarring and out of place. They do not fit with the rest of the game world, style, palette, etc."

"Those lions are hideous. Belongs in GW2 or some Asian MMO, not NW."

"I'm trying to convince myself that those... things... are just a joke for beta, and that AGS wouldn't be foolish enough to leave them in for release."

Judging by the number of comments expressing dissatisfaction, the players seem to be unanimous about the said pets. Hope may be given by the fact that this is still a beta version of New World. If the devs will notice how negative a reaction was caused by this relatively easy to improve element, it is possible that they will really take care of it. For now, the players must accept the fact that the world of MMO from Amazon Games is also filled with less grim content.

The release of full version of New World is scheduled for August 31.