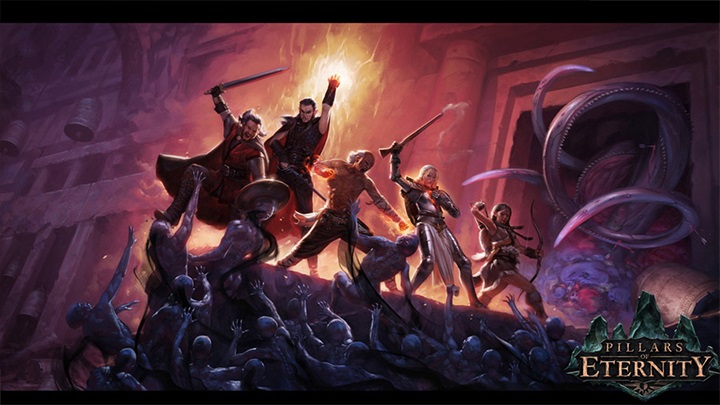 We will have to wait for the third part of adventures in Eora.

Pillars of Eternity II: Deadfire launched in 2018. The game received great reviews, but it sold badly. Nevertheless, the game has gained a loyal fan base and after 2 years the community is starting to demand another game. Tumblr user samandingo fell in love with the world of PoE during the quarantine and decided to ask one of the devs about the future of the series. 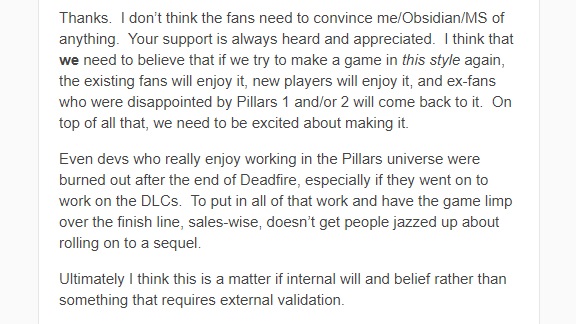 Josh Sawyer - designer of Icewind Dale I and II and Neverwinter Nights II, as well as director of Fallout: New Vegas and both parts of PoE - thanked for his kind words and moved on to painful details. He informed that at the moment the studio doesn't need assurances about fans' loyalty, but motivation to create another part of the series. "We need to be excited about making it," wrote Sawyer.

The developer also noted that many devs working on Pillars of Eternity have suffered from professional burnout, especially those who worked on the DLC for the second installment - and the mood has been further worsened by poor sales. First of all, Obsidian's employees must believe that the next PoE will be appreciated by all players. This means that we will have to wait for the new isometric adventure until the creators regain faith in the project.

This may also be influenced by the fact that the studio is currently working on another game set in this universe. Avowed is an opportunity for players to become interested in the world of PoE. Perhaps a more contemporary formula will help in this - according to the first announcements, it's supposed to be an open-world first-person RPG.