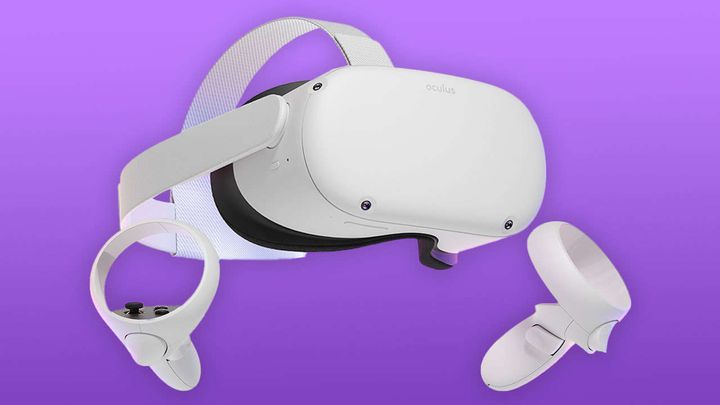 Facebook assures us that VR is alive and kicking.

Yesterday, another edition of Facebook Connect took place, during which a number of games dedicated to VR goggles were announced (via Windows Central). Among the titles presented at the event were productions belonging to well-known series such as Assassin's Creed, Splinter Cell or Sniper Elite. Additionally, some companies showed new gameplays and trailers of their games.

Star Wars: Tales from the Galaxy's Edge is a game set in Star Wars universe, in which we play the role of a repair droid working on the planet Batuu, more specifically in a place known as the Blackspire Outpost (this is the same location as you can see in the Star Wars: Galaxy's Edge theme park in Florida). The title was announced in August this year (yesterday the first gameplay was shown, which you can find below) and is being developed by ILMxLAB, a studio known for its successful short game series Vader Immortal.

Ubisoft informed that Assassin's Creed and Splinter Cell series will receive dedicated VR installments. So far we have almost no details about them, but it is known that they are created by Ubisoft Red Storm, Ubisoft Reflections, Ubisoft Dusseldorf and Ubisoft Mumbai studios. 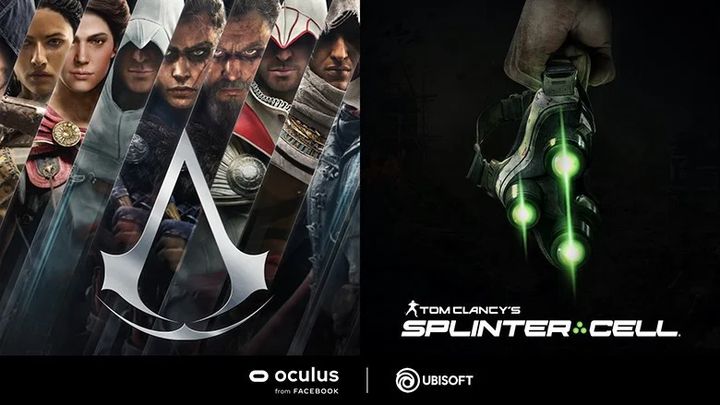 The Assassin's Creed and Splinter series will appear on VR goggles.

Another announced title is Jurassic World: Aftermath, a game based on the license of a well-known series of blockbusters. The game will enable us to return to Isla Nublar, where we will be looking for research materials. Of course, as is usually the case with Jurassic Park / World, from the very beginning something will go wrong and we will get stuck in a place full of bloodthirsty reptiles.

Facebook Connect also presented a gameplay from the recently announced Medal of Honor: Above and Beyond, available to VR goggle-equipped PC gamers in December this year. The video lasts a little more than three minutes and is accompanied by comments from the developers. The game looks quite attractive, although it's worth remembering that on a normal screen it's impossible to render what we will experience in a VR helmet (where seemingly simple graphics can make a vastly different impression).

Another announced game is an expansion to the successful shooter Pistol Whip, which will take us to 2089 and enable us to face murderous androids that have taken over one of the planets colonized by humanity. We can expect a large dose of adrenaline and spectacular action to the rhythm of dynamic music.

The Walking Dead: Saints & Sinners is not a new title, as owners of PC goggles and PlayStation VR helmets have been playing it for at least a few months now (since late January and early May respectively). Developers from Skyndance Interactive announced yesterday that the game will also receive a version dedicated to Oculus Quest (a standalone helmet that does not require a PC to work).

In turn, the iconic adventure game Myst from 1995 will receive a full-fledged remake, which can be played on both a normal PC and Oculus Quest goggles.

Developers from Crytek announced a sequel to The Climb - an arcade game devoted to the discipline of extreme climbing. The Climb 2 will offer fifteen new locations, including snowy mountain slopes, desert cliffs and metropolises full of glazed skyscrapers. The production will be available exclusively on Oculus Quest goggles.

Facebook Connect also showed another trailer of the shooter Sniper Elite: VR, of which we have known about since March last year. The game will enable us to fight the Nazis in Italy (during the Second World War). Developers also informed that the game will be available on Oculus Rift and Oculus Quest goggles.

Population: One is a battle royale game available on Oculus goggles (both Rift and Quest). The game is being developed by BigBox VR and focuses on real three-dimensional combat - players will be able to climb various objects and even fly around the game world using strange devices resembling a mix of a mini-plane with a jet pack.

There was also something that might interest fans of the dark universe of Warhammer 40,000. Battle Sister will enable us to play the title Sister of the Battle called Ophelia, in whose skin we will exterminate the enemies of humanity for the glory of the Emperor (using various more and less ingenious tools of murder).

Finally, a proposition for people who like to move around a bit with goggles on their heads. One of the most popular titles that is availabe to owners of virtual reality helmets - Beat Saber - will receive a multiplayer mode, as well as a new package with the music of Korean boys band BTS.

New Photos From Uncharted; One Thing Enraged the Fans

Devil May Cry 5: Special Edition Not for PC