Today, a new trailer of Outriders, a cooperative TPP shooter developed by the Polish studio People Can Fly, has been released to the Internet. In addition, we've learned that the title will be available not only on PC, PlayStation 4 and Xbox One, but also on PlayStation 5 and Xbox Series X. Unfortunately, the simultaneous release of the game on all platforms has forced it to be delayed; so we will not play Outriders this summer, but at the end of 2020.

Currently on Steam you can place a pre-order for the Deluxe Edition, which includes the Hell's Rangers Content Pack ( 11 unique guns, as well as Truck Mods and Decals).

While the video above contains no actual gameplay footage, we won't have to wait long for the full presentation of the latter, because this Thursday (February 13) at 12:00 PT a special broadcast is to take place on the official Outriders YouTube channel, from which we will learn "everything about the game".

Although Outriders is prepared with co-op mode in mind (we'll play with up to two other players), the developers promise that lovers of solo gameplay won't feel disappointed and mention, among other things, "an expansive storyline" and "a diverse world". RPG elements will also appear, but at the moment it's not known exactly what they will look like. Today, the devs talked about the possibility of creating one's own character and about the fact that we will use both an extensive arsenal and various combat skills to eliminate enemies. 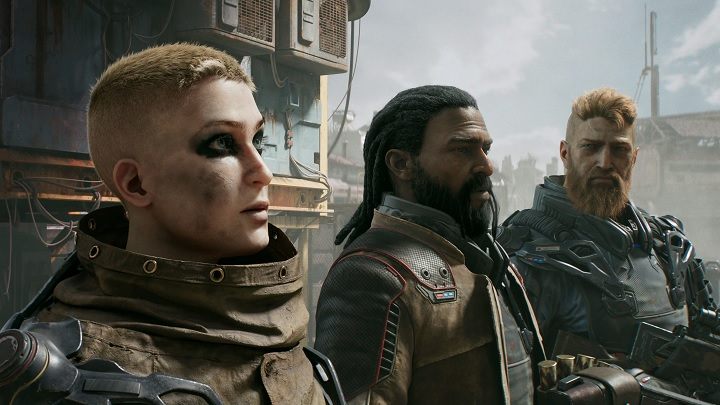 We first heard about Outriders before last year's E3. Shortly afterwards, the developers presented the first trailer of their work and revealed a handful of details about it. Then there was silence, which was interrupted only with today's video. As a curiosity it should be added that although People Can Fly is known mainly from FPS (such as Painkiller and Bulletstorm), games presenting the action from third-person perspective are not unfamiliar to the studio - the developers have also made Gears of War: Judgment, and helped Epic Games to create Fortnite.