Paladins: Champions of the Realm PC beta starts today, November 17. This colorful first-person online shooter is a next game from Tribes: Ascend and Smite developer Hi-Rez Studios. In order to get access to closed beta you need a key, which you could have got directly from the studio (after signing up on the official site), on a promotion, or along with Paladins Founders Pack available for $19.99. Initially, players will be able to join the game everyday from 12 AM to 12 PM (EST), but the developer is seeking to remove that limitation as soon as possible. 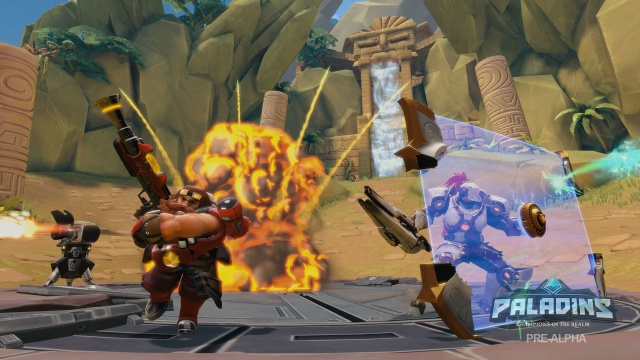 Ultimately, Paladins is going to hit PC (Windows/Linux) and Mac, as well as PlayStation 4 and Xbox One consoles. However, this phase of beta testing is available only on Windows PC. We can expect the full version of Paladins to launch in a couple of months, sometime in 2016. The game stands out from other competitive, team-based online shooters with its colorful sytlistics and a card-collecting meta game. See the official website to learn more and download beta files.

Obsidian Entertainment is working on a new game