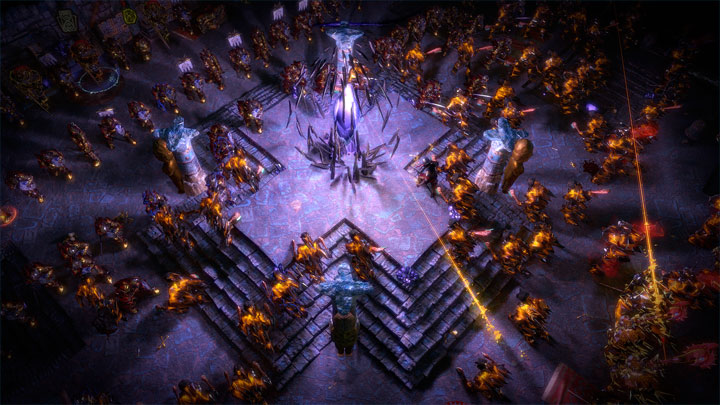 Battles with Blight will resemble tower defense games.
PATH OF EXILE IN A NUTSHELL:

Grinding Gear Games has announced the release date of Blight expansion for Path of Exile, a popular action RPG based on a free-to-play model. The team has announced that the expansion will be released on September 6, this year. This term refers only to the PC version. Xbox One and PlayStation 4 will appear only three days later - on September 9.

The add-on will introduce a new challenge league to the game, whose plot will revolve around the eponymous blight, i.e. the fungal infection that takes control of the bodies of infected victims. Sister Cassia, who will be helped by the players, will try to eradicate it.

Attacking clusters of blight will ensure that all those infected will join its defense. The fight against them will resemble a tower defense strategy. Enemies will follow visible routes and players will use automatic defensive turrets.

There will be a lot of defensive structures to choose from. Turrets will be able to freeze, burn, paralyze or stun enemies, as well as electrocute them. Some of them will also provide the ability to summon reinforcements or strengthen allied stats. There will also be options for upgrading these buildings.

In the fight against blight, we will get special oils which will be used to enhance items with new effects. There will be no shortage of new equipment as well. Blight will also offer redesigned archetypes of three classes - Necromancer, Poison Assassin and Mine Saboteur.