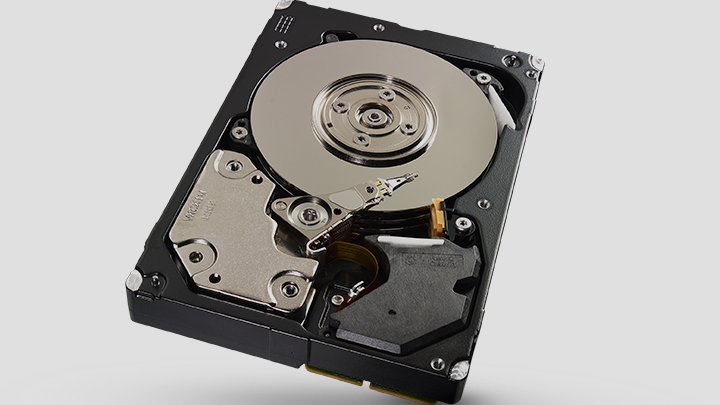 HDD sales are declining at a rather drastic rate, but this should not come as a surprise to anyone.

This year we will see a strong decline in HDD sales in the PC segment, dropping by as much as 50 percent. At the same time, the demand for data centres is expected to continue to grow, according to Nidec's report closing the fiscal year.

Before we move on to the predictions, it is worth recalling some data: global sales of HDDs decreased by approximately 40 percent between 2010 and 2018. For the Japanese company Nidec, the undisputed market leader, responsible for equipping around 80 percent of the world's HDDs with engines, this means a drop from 650 million to 375 million units. The "downward" trend itself is therefore not surprising, but the more detailed data from the fiscal year's final report that has just been published allow us to better understand it. 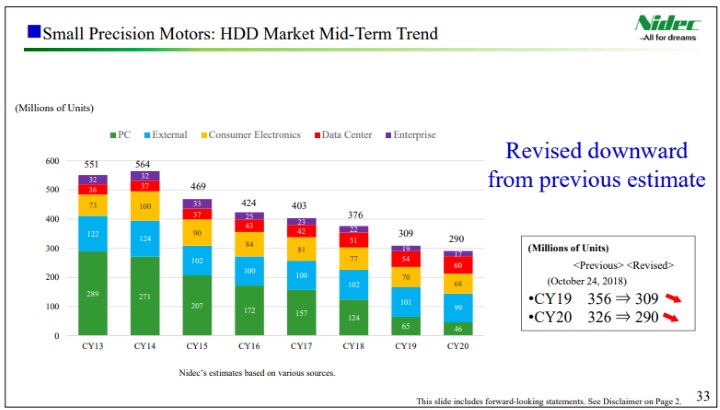 The most drastic drop - from 124 million units sold in 2018 to 65 million in 2019 - will be in personal computer hardware. This change will not surprise most PC gamers for whom SSD replacement is one of the first steps to improve their rig. In addition, music and video streaming services have freed us from the need to store large amounts of data.

A slightly smaller decrease (from 77 million to 70 million units) is predicted for other consumer devices, which is related to e.g. the decreasing demand for the current generation of consoles, or monitoring systems still storing data "on the spot". - as opposed to the proliferation of cloud-based solutions. Wherever drives are still needed, SSDs will be used more frequently - the PS5 will have a faster SSD than the PCs.

The demand for HDDs in the enterprise market is also slowly decreasing, as almost every employee is no longer required to be equipped with a computer or laptop (a tablet or even a smartphone is often enough to perform their work duties).

The only segment where Nidec anticipates steady and stable growth is data centers where disc drives continue to beat SSDs in terms of price per terabyte of data - and data access speeds still depend on connection quality. 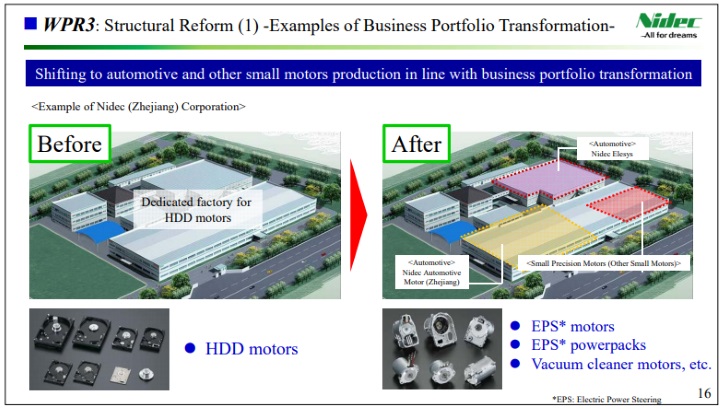 Incidentally, it is worth mentioning that the decline in HDD sales itself is not perceived by Nidec as something negative - it is treated as a natural trend that motivates changes in the organization, among other things, by rebuilding production lines in factories to meet the needs of other devices. That is why the Japanese manufacturer produces a wide range of electric motors and we will find them in the equipment of most car brands produced in Asia, Europe and America.