At the end of last year we informed you that Pillars of Eternity II: Deadfire had a turn-based mode for a short time. It turns out that it was not a coincidence  Obsidian Entertainment informed that on January 24 the game will receive a patch (free of course) allowing us to wage battles in a system reminiscent of the last two installments of the Divinity series. For some time it will be available in a beta version (via Eurogamer), as it still requires some solid testing. The editorial staff of PCGamesN had the opportunity to talk to the developers about it; and according to the creators, its implementation was not as simple as it might have seemed. 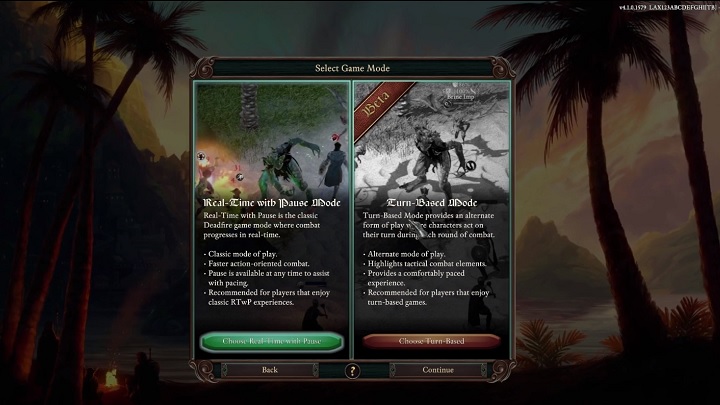 It appears that a turn-based mode will not eradicate real-time combat. (source: Eurogamer)

Let's start with the fact that preparing a turn-based mode for Pillars of Eternity II: Deadfire required, among other things, making changes to the user interface and finding a place in it for the turn list. Besides (or maybe even first of all) the authors had to make sure the battles are properly balanced. Due to the fact that all this will be introduced as a free update, it is worth looking at what actually pushed the authors to such a project.

Of course, theres the commercial success of Divinity: Original Sin II, which not only won high review scores, but also sold very well. Additionally, Josh Sawyer from Obsidian Entertainment says that if the players have invested a large number of hours in Pillars of Eternity II, they may simply lack the will to check out the expansions, no matter how great and polished they would be. However, introducing changes of this caliber brings a tremendous breath of fresh air and radically changes the whole game (which in turn may attract the attention of "veterans"). During internal testing, the developers noticed, for example, that in a turn-based mode, the players are much more involved in micro-management, and even discover opportunities they didn't know they had when playing the standard way. 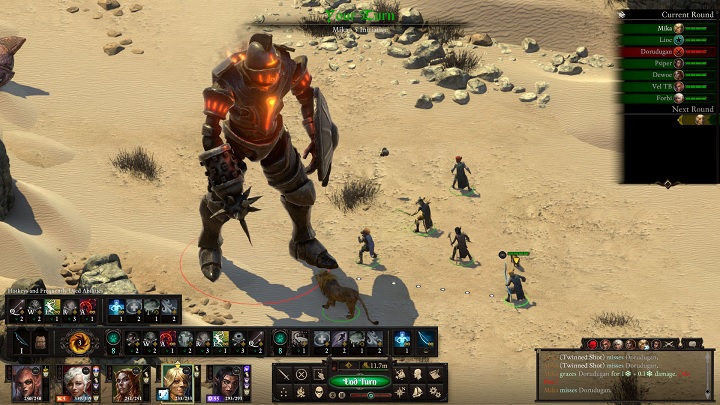 Introduction of a turn-based mode forced some changes in the UI. (source: PCGamesN)

It is worth mentioning that Joseph Sawyer's portfolio includes such items as Icewind Dale, Neverwinter Nights 2 or Fallout: New Vegas. While none of the will featured a turn-based mode, the developer admits that he personally prefers such style of gameplay.

Lets recall that Pillars of Eternity II: Deadfire debuted on PC in May 2018. According to the information revealed in November, the work of Obsidian Entertainment did not achieve the expected commercial success. Maybe the situation will change when the game is released on PlayStation 4, Xbox One and Nintendo Switch (where it is expected to appear later this year). 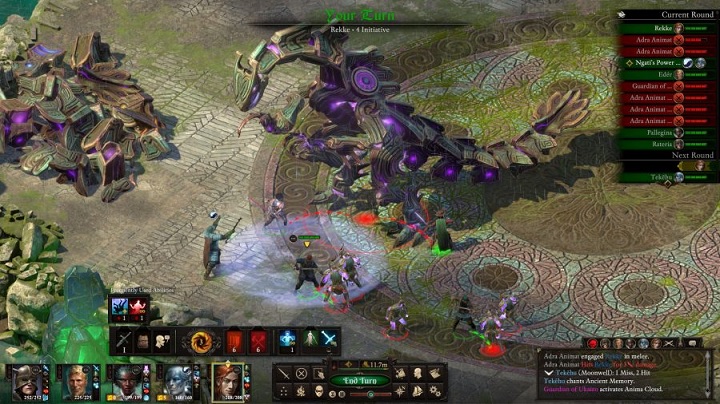 A turn-based mode may be a way to reignite the interest of PoE II veterans and convince them tu buy the expansions. (source: PCGamesN)
video gamespatches and updates Obsidian Entertainment RPG combat system PC