World War 3 for PC is a free-to-play first-person shooter by The Farm 51, a Polish studio known from such titles as Painkiller: Hell & Damnation, Deadfall Adventures, or Get Even. The title was created with the cooperation of military specialists as well as employees of strategic research and analysis facilities.

The gameplay of World War 3 for PC focuses on multiplayer competition of multiple players participating in a simulated World War III. The players choose different sides of the conflict and fight battles in PvPvE mode. However, in the game, sharp eye and efficient shooting are not everything, as the developers emphasize cooperation between players and planning. The action, although set during a fictional conflict, takes place in real locations such as Paris, London, or Berlin.

World War 3 for PC is powered by Unreal Engine 4, the latest version of the popular technology used in such titles as Fable Legends, Street Fighter V, or Kholat. 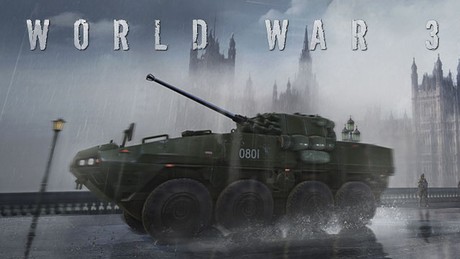 The devs behind Painkiller Hell & Damnation and Deadfall Adventures announced World War 3, an online free-to-play shooter set in a modern conflict. The game will feature authentic military gear and tactics, as well as real-life locations and armies.

The Farm 51 studio released a large update to the online shooter World War 3, marked 0.6. It added two new maps, among others. This has slightly increased the number of players on servers.

Patch 0.7 to the online FPS World War 3 developed by The Farm 51 studio, had been released. The update has improved the game engine and voice chat, as well as added a system of daily challenges.

The Farm 51 has released a new update to the online shooter World War 3. It adds the Breakthrough mode among other things. Unfortunately, it did not improve the situation in terms of the number of players in the game.

The Farm 51 announced plans to merge regions in World War 3. This means that players from all over the world will be able to play on the same servers without having to change their Steam settings and lose progress on their profiles.