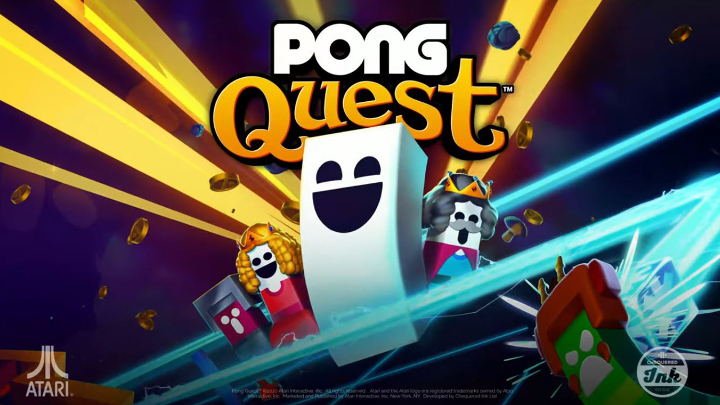 Quite unexpectedly, an official announcement of an 48-year-old immortal franchise, the Pong series, which was the first commercial success of the emerging video game industry, appeared on the web. Unlike the original, however, we will be dealing with an... RPG under the title PONG Quest. The production will be released on Xbox One, PlayStation 4 and Nintendo Switch, as well as on PC (Steam). Its suggested price will be 14,99 dollars. The release date is not yet known.

In PONG Quest players will lead a team of brave and young heroes who are... personified Pong rackets. On this fantastic adventure, the heroes will travel through a dungeon based on many iconic 70s and 80s Atari titles, such as Asteroids and Centipede. During the exploration, they will face their opponents using an original combat system, inspired by classic RPGs. In addition to the story campaign, PONG Quest is also expected to offer a multiplayer mode for up to four players. In this mode we will be able to freely change the appearance of the controlled hero, and use over 50 special abilities and power-ups in battle.

The commercial version of Pong debuted in 1972.

Pong Quest was created by Atari (or rather one of the companies with the rights to the name and achievements of the legendary computer and electronics manufacturer) and two-person British studio Chequered Ink, specializing in mobile games. We should therefore approach the project with caution, as the finished product may turn out to be a flop.