Portal 2, the second part of the very popular 3D puzzle game, will celebrate its tenth anniversary next April. Fans of this series will receive a very interesting gift. It will be a fan-made mod offering a new story, a third firing mode for the game's unique weapon and the fourth dimension. The need to take the passage of time into account when solving puzzles can provide new challenges for Portal veterans, as well as attract new players. 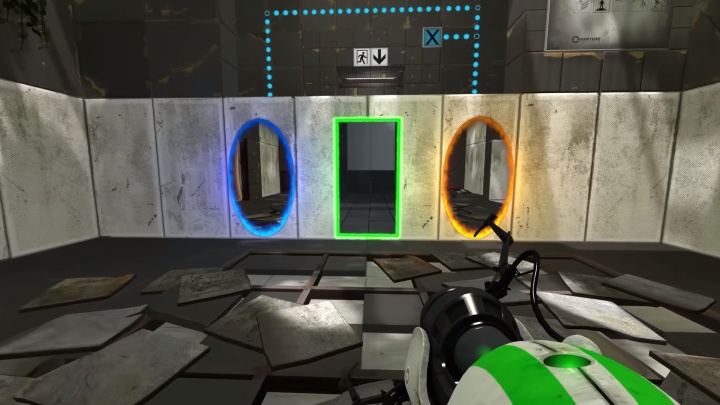 The future does not look rosy

This third firing mode of the portal gun is time travel. Unfortunately, it will not spawn a flying DeLorean, instead we will see a new kind of portal. It will be rectangular in shape with a green frame and will take the player to the same room 20 years in the future. The passage of time will be visible mainly in the design. Cleanliness and sterility will be replaced by ubiquitous dirt, damage, decay and creeping vegetation. The player's actions in the present will affect the room of the future. Solving spatial puzzles will gain a new dimension.

Portal Reloaded is created by one person - Jannis Brinkmann, and works on it are being carried out since 2014. The final work will include 25 puzzles and 100 new dialogue lines. Each room will offer an alternative time version. The creator defines the game time as 4-6 hours, but the project is aimed mostly at people who have some experience in Portal and Portal 2. The mod will be available on Steam for free for the owners of the second part of the game.

Among Us Devs:  Don't Listen to Hacker Threats