Yesterday marked the Early Access launch of Potion Craft: Alchemist Simulator, an unusual simulation from niceplay games. The game turned out to be quite an unexpected success - thousands of players rushed to brew virtual potions.

Shortly after Potion Craft's release, the game hit the first place on the list of global bestsellers on Steam and at the time of writing this message it maintains this position. This achievement is all the more impressive that the list is created based on revenues, and the game is currently sold for around $12.

For a small indie game, the title also achieves good activity results. At the hottest moment of the launch day Potion Craft was played by 4202 people on Steam. 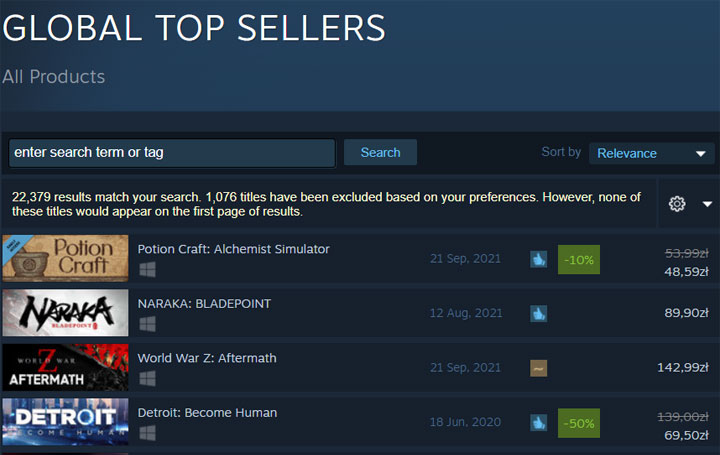 Not only was the game a commerial success, but it also received a warm reception. On Steam as many as 97% of users praise this title, which is categorized as a "very positive" reception.

The success of the game pleases, because the devs approached the topic in an interesting way. Currently, various unusual simulators are popular, but most of these productions look similar in terms of visuals. In the case of Potion Craft the developers have decided on a unique graphic style, inspired by medieval manuscripts and medical books.

Potion Craft was released on Steam's Early Access on September 21, this year. For now, there are no plans to develop a version for hardware platforms other than PC. The developers intend to regularly update the game with new content. Currently, they are unable to say how long the early access period will last.