If you're preparing for tomorrow's debut of Alzur's Legacy/Half Century of Poetry Later on YouTube (especifically on this channel), then we have bad news for you. Jakub Nurzynski, the director of the movie set in the Witcher universe created by Andrzej Sapkowski, informed in a special video message that the crew was forced to postpone the premiere for the Internet audience. Fortunately, the delay is not big - the new date is set for Saturday, December 7. Reason for the delay is the desire to put some final touches on the movie. 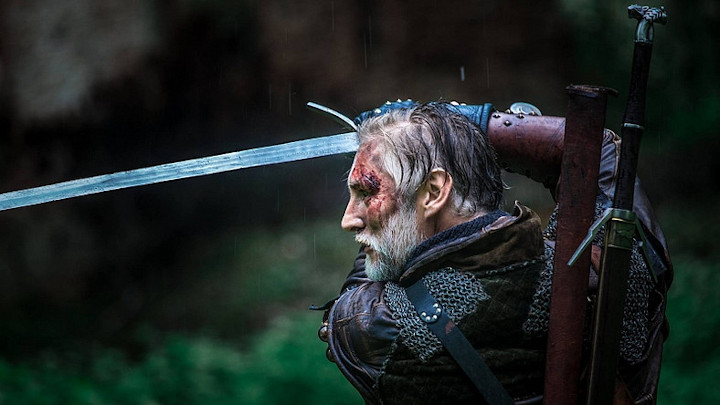 We'll have to wait a week longer for Lambert's adventures.

We would like to remind that Alzur's Legacy is a project financed entirely by fans. The film was supposed to be a short movie at first, but in the end, the screening time ended up being about 80 minutes. The action takes place 25 years after the events presented in Lady of the Lake, i.e. chronologically the last part of the series about the adventures of the famous monster hunter Geralt of Rivia. It wasn't a good time for witches. Again, they were victims of a pogrom. Only Lambert, who was traveling at the time, escapes the Kaer Morhen massacre. One day he goes to one of the Temerian inns where he meets Triss Merigold. The sorceress is looking for a fugitive from Arethusa, who is said to have found the legendary Book of Alzur. Despite a rather modest budget, the artists managed to invite several well-known Polish actors to cooperate with them.

Last Wednesday during a screening in Kino Wisla in Warsaw, our editor, Michael Manka, had the opportunity to watch Half a century of poetry later. You can find his impressions from the screening in this message.