Free weekends with the popular online tactical shooter, Tom Clancy's Rainbow Six: Siege are almost a tradition. The next one will start tomorrow on PC, PlayStation 4 and Xbox One. It will allow you to check the entire content of Ubisoft's production - all maps, game modes and operators - free of charge. Interested? If so, check out the free weekend schedule for Tom Clancy's Rainbow Six: Siege:

Please note that with PlayStation 4 and Xbox One, a subscription is required to play Tom Clancy's Rainbow Six: Siege. 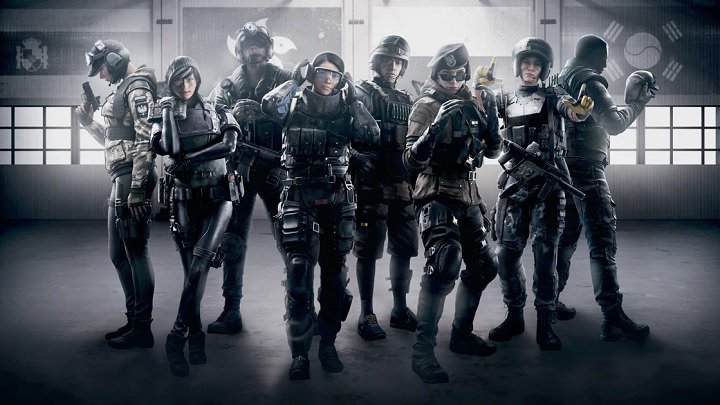 The Rainbow Six: Siege operator base is growing steadily.

To take part in the free weekend with Tom Clancy's Rainbow Six: Siege, please follow this page and select the platform you're interested in from the drop-down list. In the case of the PC and PlayStation 4, the files necessary to start the game can already be downloaded since yesterday. On Xbox One, the download will become available at the start of the tests. If you have any other questions about this action, please click here.

As usual, all progress made in Tom Clancy's Rainbow Six: Siege during the free weekend will be moved to the purchased edition (if you like the game and buy it). The prices of individual releases of the game were also lowered on Steam, Uplay, PlayStation Store and Microsoft Store. Details on this subject can be found here. One important detail may catch your attention while shopping - the Starter Edition has disappeared from the offer. Since then, the cheapest version of the title available for purchase is the Standard Edition, which does not require more time to unlock new heroes. All Starter Edition holders have received a free upgrade to this release. In addition, the catalogue also includes the Deluxe Edition with all first year operators, the Gold Edition with an additional seasonal pass for the fourth year and the Ultimate Edition, which provides access to all the operators that have appeared in Tom Clancy's Rainbow Six: Siege.

The fourth year of supporting Tom Clancy's Rainbow Six: Siege will be launched by Burnt Horizon, which will focus on the Australian Special Forces. Yesterday we wrote about a new map related to them. In addition to fresh content, the coming months will also bring changes in the prices of older operators, making it much easier to unblock them. More on this and other topics related to the future of the title will be broadcast on Twitch on 17 February.