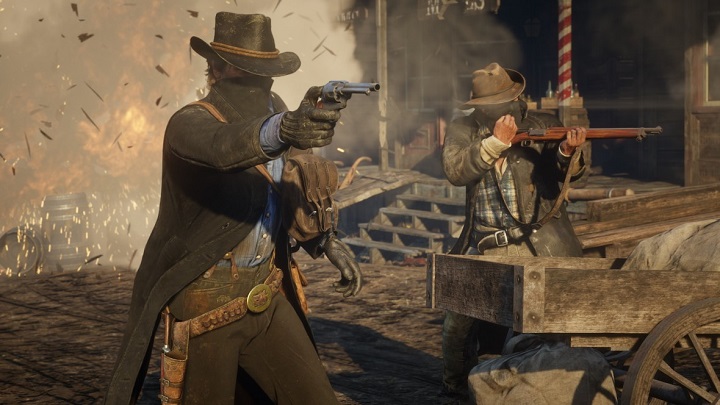 Farewell speculations, good riddance rumors and wild guesses about the PC version of Red Dead Redmption 2. It's official! Rockstar Games has just confirmed on Twitter that the game will be released on personal computers on November 5, this year.

Pre-orders of RDR2 on PC will be available through Rockstar Games launcher between October 9 and 22. If you order the game advance there, you will also get two selected productions from Rockstar stables for free (to choose from - GTA III, GTA: Vice City, GTA: San Andreas, Bully: Scholarship Edition, L.A. Noire: The Complete Edition or Max Payne 3: The Complete Edition). In addition, we will receive bonuses both in the story campaign and online mode.

The PC version of Red Dead Redemption 2 will also be available for pre-order in Epic Games Store, Greenman Gaming or Humble Store (and many other digital distribution stores) from October 23. On Steam, the game will be released only in December. It is also worth mentioning that the production will also appear on the Google Stadia streaming platform as one of its first titles.

PC users can expect minor changes to the console version. First of all, the graphics will be improved and there will be technical improvements aimed at increasing the immersion. In addition, new missions and weapons will be available in the game. On the other hand, Red Dead Online will appear unchanged with all the latest updates.

For additional information and hardware requirements of RDR2 we will have to wait until October 9.