Today (or, to be more precise, at 7:00 p.m. GMT) the hack'n'slash Elderborn, developed by independent Polish team at Hyperstrange, will launch on Steam and GOG.com. Elderborn is also scheduled to hit PlayStation 4, Xbox One and Nintendo Switch later on. The Metal AF edition is also available on sale, including the game, a digital soundtrack and artbook.

It was worth mentioning that those willing to play Elderborn were able to do so a long time ago. The title was available in Steam Early Access from October 11, 2018, where it gathered positive feedback.

The devs are not hiding their inspirations, which include such series as Doom, Dark Souls, and... fantasy films distributed on VHS tapes in the 1980s and 1990s. The gameplay itself reminds one of Dark Messiah of Might and Magic. Sounds interesting, right?

In Elderborn we find ourselves in a fantastic, dark land. The main character is a mighty warrior who decides to face the murderous Golden Army, trapped hundreds of years ago in an ancient city that has been locked up ever since. If you've played the aforementioned game by Arkane Studios, you already have some idea of what fun in Elderborn is like. During the game we observe the action from the first-person perspective. As we push forward, we eliminate legions of opponents, making use of melee weapons.

We need to be careful not to fall prey to our enemies - as the game is not an easy one, it is advisable to study the pattern of their movements in search of gaps in the defense and openings for quick and murderous counterattacks. As we progress, we gain experience points, thanks to which we can progress our character over time. As in the Souls series, the latter can only be done in shrines; they work in a similar way to the bonfires in the games from FromSoftware, so please note that using them will reset all defeated opponents.

Although the materials published by the developers show that the visuals could still use some polishing, the dark and gloomy locations have a certain appeal to them. Gameplay is accompanied by heavy metal music that encourages us to kill everything that stands in our way as soon as possible. 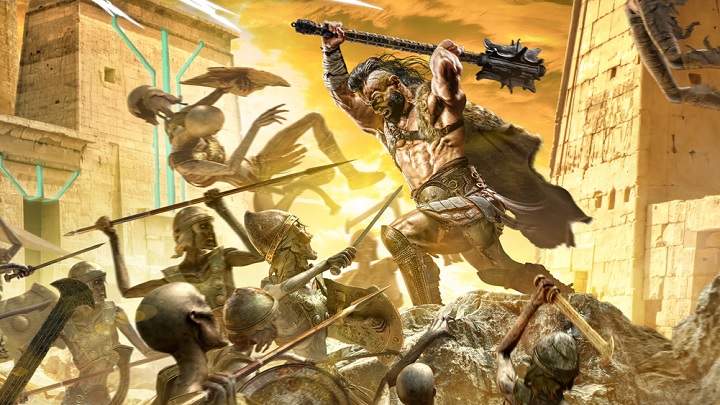