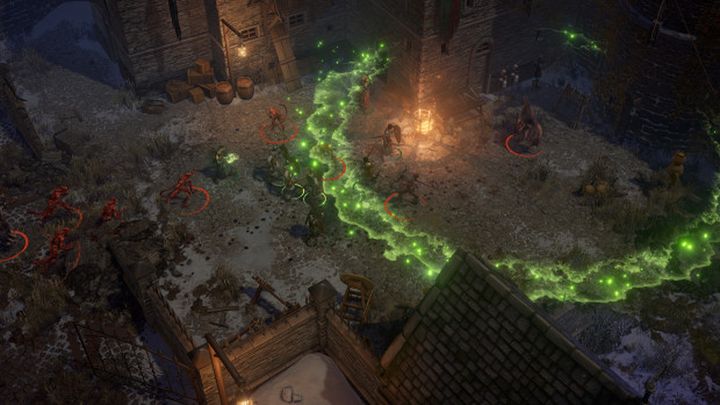 Pathfinder: Wrath of the Righteous funded on Kickstarter

Owlcat Games Studio, creators of the isometric RPG Pathfinder: Kingmaker, has announced the launch of a Kickstarter fundraiser to finance the (indirect) sequel of the game, Pathfinder: Wrath of the Righteous. The developers have asked the fans for $300,000 and we are pleased to report that the required amount has already been collected. The campaign will last another 34 days, so you can be sure that the company's bank account will eventually be credited with a much larger amount.

Wrath of the Righteous will provide Pathfinder fans with more of what they liked about Kingmaker. The classic, isometric formula will be expanded with a few novelties. The creators promise five additional classes (Arcanist, Bloodrager, Shaman, Oracle and Witch). Everything seems to indicate that the sixth new class, Warpriest, will also be added to the game. Its implementation is the first stretch goal, which will be implemented after 370 thousand dollars are collected (which in this situation seems to be a matter of time).

The new title from Owlcat Games will also offer six so-called mythical paths, allowing our hero to enter a whole new level of power - these will be Angel, Lich, The Aeon, Trickster, Demon and Azata. Alternatively, we will be able to follow the so-called path of Legend, a mortal capable of achieving extraordinary feats.

The game will also include an extensive strategic module - this time it will be about leading the so-called Fifth Crusade. Our task will be to develop the headquarters and troops, as well as manage the actions of the armed forces against terrifying demonic hordes. The mechanics are supposed to be full of difficult choices, and at the same time better integrated with the rest of the game than was the case with Pathfinder: Kingmaker.

Pathfinder: Wrath of the Righteous is coming to PC. According to the information on Kickstarter, the game will appear on the market in June 2021.

Sony Shuts Down the Studio Responsible for PS VR Games