Red Dead Redemption 2 has recently been modified to allow for animated sex acts. The mod does not contain nudity and only uses assets that were already in the game, but the publisher and developer nevertheless requested the creator to remove it from the web.

The RDR2 mof allowing for animated sex scenes was taken offline yesterday. For now, it is not even known whether it was the creator himself who decided to remove it, or whether NexusMods, where the mod was available, did it.

Thanks to the announcement of 11 bit studios on StockWatch, we found out that Frostpunk will be available on mobile devices with Android and iOS systems. However, for the time being we haven't learned any details about the release date or possible changes in the gameplay.

Oblivion Remastered is a large pack of modifications for The Elder Scrolls IV: Oblivion, which improves graphics, introduces new mechanics and quests, and adds new areas. The whole set can be downloaded for free.

During a recent dev stream, a representative of Battlestate Games boasted that in the second weekend of February the number of people simultaneously playing the online shooter Escape from Tarkov reached 200 thousand. This is more than Destiny 2 or Monster Hunter: World on Steam.

The team at City State Entertainment has announced a cooperative action game titled Ragnarok: Colossus. This caused some fans to get upset because despite seven years of work, the studio still hasn't finished the Camelot Unchained project.

Casey Hudson from BioWare has confirmed the plans to redo Anthem from scratch. Over the next few months the developers will work on modifying many of the most important elements of the game, including the systems of progression and loot.

As of today, Metro Exodus, which was only available on PCs through Epic Games Store and Microsoft Store, will also be available for purchase on Steam. Until February 18, there is a promotion which enables you to buy the title with a big discount.

A 24-year-old inhabitant of Poland has received nearly 9 thousand charges of illegal distribution of games. His idea was to buy digital versions of the games and then resell access to the account to many people.

The second, and at the same time the last major addition for Metro Exodus, Sam's Story, debuts today on PC and consoles. The expansion that takes us to the post-apocalyptic Vladivostok has also received a climatic trailer.

4A Games and Deep Silver confirmed when Metro Exodus will return to Steam. Epic Games' fierce opponents had to be patient for a whole year after the title was released.

We've got a release date for Tank Mechanic Simulator. The title from DeGenerals, in which we play the role of the director of the museum dealing with the renovation of tanks, will launch exclusively on PC on February 20.

The one-year delay in the release on Steam did not seriously affect the sales results of Metro Exodus. Since returning to Valve's platform, the game has already found over 200 thousand buyers.

Many fans waited with bated breath for this news - the remake of the iconic Gothic was officially confirmed. THQ Nordic informed that they decided to work on a renewed version of the classic. The title will go to PC, PS5 and Xbox Series X.

The PC version of GTA 4 has gained Steam Achievements. This is one of the changes planned by Rockstar Games to be introduced in preparation for the release of Grand Theft Auto IV: Complete Edition. 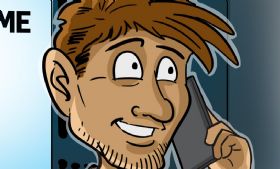 Take-Two Interactive has published a new financial report. In addition to revenue and profit data, the document includes the sales results of titles from Rockstar Games. We learned that Grand Theft Auto 5 has already found over 120 million buyers and Red Read Redemption 2 - 29 million.

Atlus Studio has announced changes in dialogues in the western edition of Persona 5 Royal. The devs want to modify the spoken issues of homosexual characters, which caused a storm after the release of the original Persona 5.

PlayWay has reasons to be pleased. Last week's releases of Tank Mechanic Simulator on PC and Thief Simulator on Xbox One proved to be successful. Sales are so high that they have already covered development and marketing costs.

Everything seems to indicate that the technical condition of Call of Duty: Modern Warfare still leaves much to be desired. According to recent reports, there are collision detection errors on the Tavorsk District map for Ground War mode. As it turns out, only one of the many issues recently reported by the community.