The explosion of popularity experienced by Rust continues. Yesterday, the game set a new popularity record for the third time this week, with 244,770 people playing at the hottest moment of the day. Such turn of events also translated into the game's sales. The founder of Facepunch, Garry Newman, announced via his Twitter account that in the last 7 days, the title has generated a daily revenue exceeding $1 million two times.

This achievement is remarkable given the age of the game, as Rust launched in early access in 2013. Even then, the title was already doing very well, becoming one of the first Steam Early Access games to be commercially successful. It can be said that the game is currently experiencing a renaissance and there is a chance that another activity record will soon be broken. 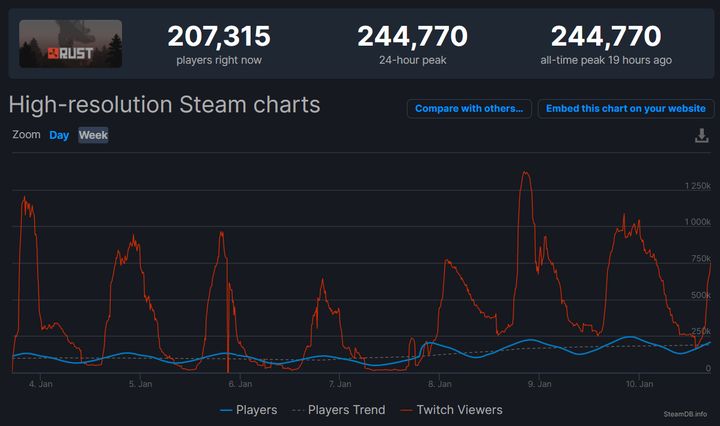 The current stats are also impressive. At the time of writing this news, Rust was played by over 207,000 people, making it the fourth most popular title on Steam. On Twitch, on the other hand, it is currently the most watched title.