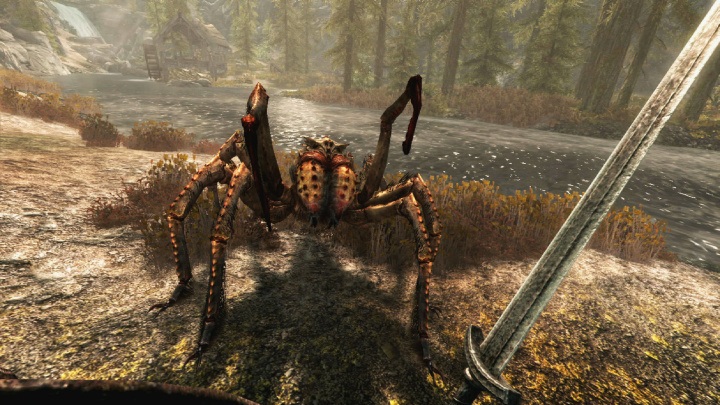 Fans attending QuakeCon last weekend had a chance to play an early version of The Elder Scrolls V: Skyrim VR. However, their opinions are much less favorable than Bethesda would have hoped for, reports Kotaku. One of them, George “Super Bunnyhop” Weidman even called it an “utterly complete dumpster fire of a VR port” on Twitter. He explained that both movement and combat is all wrong – the character moves via teleporter (“you blink in and out of existence”) and you fight with “a waggling sword and an unlimited point-and-forget flamethrower”. He also says that AI is not adjusted for new controls and the graphics look terrible.

Max “DreamcastGuy” Shockley, although not as harsh in his opinion, is also disappointed with the VR version of Skyrim. One of the things he complaines about are one-on-one duels instead of battles against numerous opponents, as it was in the original Skyrim. Generally speaking, gameplay is much simpler in Skyrim VR and even dungeon puzzles are solved automatically.

IGN too isn’t happy with Skyrim VR, but there are also some positive opinions available online, which praise the game’s fluent working and deny it looking so bad. Anyway, Bethesda has still got some time to eliminate the biggest problems with The Elder Scrolls V: Skyrim VR until it launches on PlayStation 4 on November 17, 2017.

Dishonored: Death of the Outsider 40 minutes of gameplay emerges