There is a saying that if something looks stupid but works, it's not stupid. In the case of the technology discussed here, it would be worth adding that it is additionally extremely interesting. Spinach capable of sending emails, yes, you've read that right, was created by researchers at the Massachusetts Institute of Technology (MIT) to detect explosives underground. 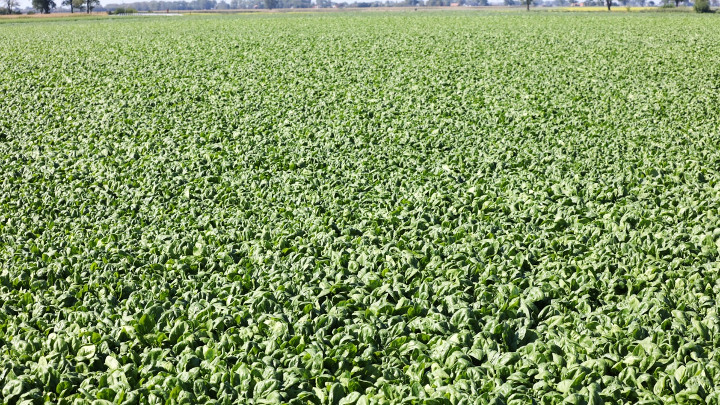 A simple field for some, dozens of possibilities for others.

The very idea of using plants to mark the locations of unexploded ordnance is not new. In the first decade of this millennium, there were ideas of using the properties of the common radish (change of colour as a result of contact with nitrogen dioxide released by explosives) in order to verify the potential presence of mines in a given area. However, the breakthrough came in 2016 when spinach was modified to be a biosensor. When nitrogen compounds characteristic of explosives are detected in the soil by the plant's roots, carbon nanotubes implanted in the leaves send a signal that is read by a thermal imaging camera. An email is then generated with information for the scientists. 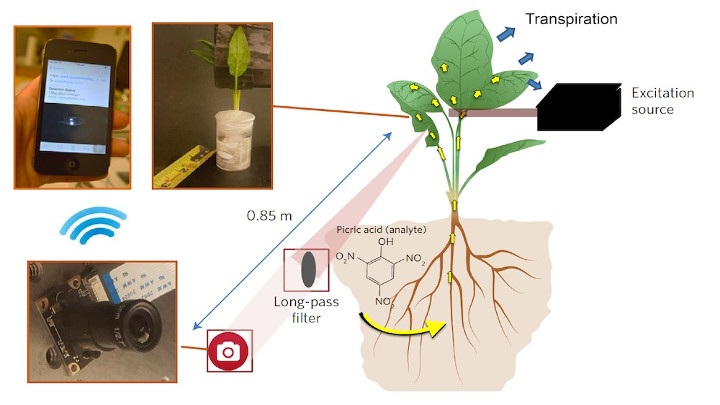 In the picture, an illustrative diagram of how the technology works.

The success of spinach has led to serious consideration of using plant nanobionics in other areas of science, such as environmental protection. In nature, there are organisms used to monitor the degree of pollution in their environment. According to the scientists responsible for this communicative variety of spinach, it is possible to engineer plants to give them similar or even greater abilities to detect environmentally harmful agents. Will we soon see cabbage that sends emails about high concentrations of heavy metals in the soil? Not unlikely.

Finally, it is interesting to note that spinach, or more precisely nanosheets of porous carbon extracted from it, is an extremely efficient catalyst for oxygen reduction (this means that they speed up a given chemical reaction). Using this technology in batteries and fuel cells would therefore lead to an increase in their efficiency. Imagine that. Guess Popeye was right after all - there is hidden power in spinach.