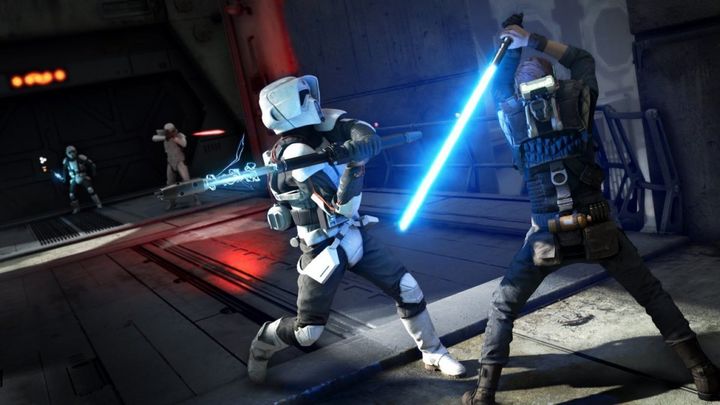 During a conversation at the E3 Coliseum 2019 panel, Stig Asmussen of Respawn Entertainment, director of Star Wars Jedi: Fallen Order, told that the production could be played through from start to finish. By the way, we also learned that it will take us more than 5 hours to learn the story of Cal Kestis - although for now it is not certain how much exactly will it take.

It's big. To be honest, I don't know how long it is at the moment. This is certainly not a five-hour experience. As we polish up the game, it may become slightly shorter - because of the places where the players got lost, the kind of things that we will pay attention to. But this is certainly something meaty and noteworthy," said Stig Asmussen.

Interestingly, the initial plans of the developers assumed that the action of the game will take place in a different era of Star Wars - Stig Asmussen did not reveal in which. However, Lucasfilm ruled out this possibility, so it was decided that the story would begin shortly after Darth Sidious issued the infamous "Order 66", which resulted in the near extiction of the Jedi order. The director of the game admits that it worked out well for him.

It really fits the game, because you don't have to be a heroic Jedi. Because of the era in which the action takes place, everything is focused on survival. This fits very well with the ruthless gameplay model we wanted to have here," Stig Asmussen said.

At the beginning of July the game will enter the Q&A phase - the creators will be looking for bugs and checking whether individual solutions meet their expectations. It is worth mentioning that recently a dozen or so minutes long gameplay of the title was presented. If you haven't had a chance to get acquainted with it yet, it's worth it. Respawn Entertainment's production will undoubtedly be one of the biggest releases this year.

Star Wars Jedi: Fallen Order will debut on November 15 on PlayStation 4 and Xbox One computers and consoles.

Cyberpunk 2077 can be Completed Without Killing Anyone