The release of Far Cry 6 is just in four weeks. Ubisoft made sure that we will not run out of attractions in the game also after its release. Within a year, three free missions will be released, all of them crossovers with other well-known franchises. In the first of them - which will be released before the end of December - protagonist Dani Rojas will join forces with a well-known action movie actor, Danny Trejo (Machete Kills, Spy Kids). Together they will try to deliver thickly chopped tacos to the hungry residents of Yara.

In February, we'll be supporting a certain big fan of Rambo in the fight against El Presidente's regime in a stage inspired by '80s action flicks. A month later we'll go in search of our amigo Chorizo in a crossover with Netflix's Stranger Things. Each of these missions will be playable solo or in co-op mode.

Operations taking place in completely new locations will be added to the game after release. There will be six of them in total, with the first two - Mesozoico and Maceo - to be available on the launch day. In them, we will be completing various exextensive objectives, such as the theft of a bomb from an arms dealer's post, and then carrying it to the designated place with a complication in the form of the requirement to cool the charge in nearby water sources - otherwise, it will explode. Additionally, after completing the campaign there will be weekly uprisings, enabling us to earn quite a bit of money, as well as test our skills in fighting more demanding types of enemies. New operations, as well as uprisings will be available for free. 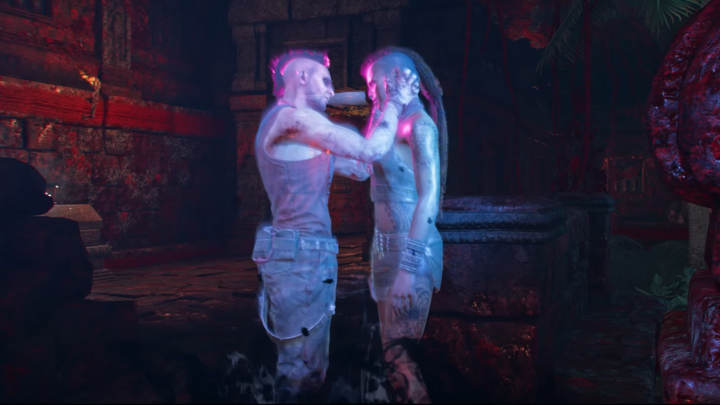 The season pass will enable us to understand what pushed our opponents from previous installments to the path of madness.

As part of the season pass (included in Gold Edition, Ultimate Edition and available separately) we will get three missions in which we will play as the main adversaries from previous installments - each will be played by the original actor. In November, we'll get inside Vaas Montenegro's head, in January we'll get to know Pagan Min, and in March we'll get another lesson from father Joseph Seed. Each of these stages will draw handfuls from roguelike games. We'll start with just a pistol, but as we explore more of the dark recesses of our (anti)heroes' minds, we'll acquire better weapons and abilities. Death means returning to the start, so it's worth considering approaching these missions in co-op mode. 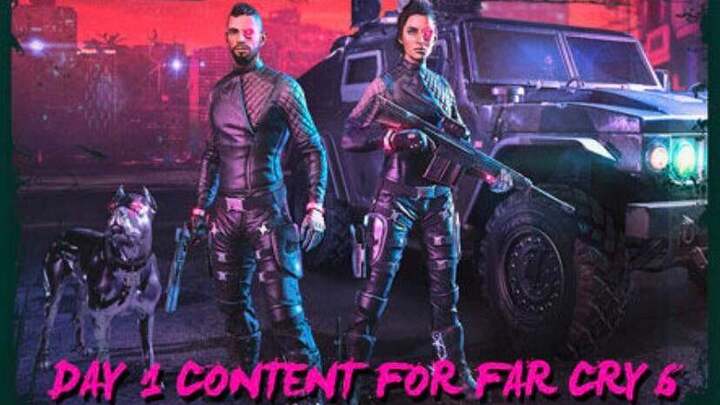 Content from Far Cry 3: Blood Dragon to pick up in Far Cry 6.

As a Holiday gift, pass owners will receive the full version of Far Cry 3: Blood Dragon (Classic Edition) and associated items for use in Far Cry 6:

As you can see, Ubisoft wants to keep us in front of the screen for as long as possible. Will it succeed? We will find out October 7, when the game will become available to PC, Xbox One, PS4, as well as Xbox Series S|X and PS5.